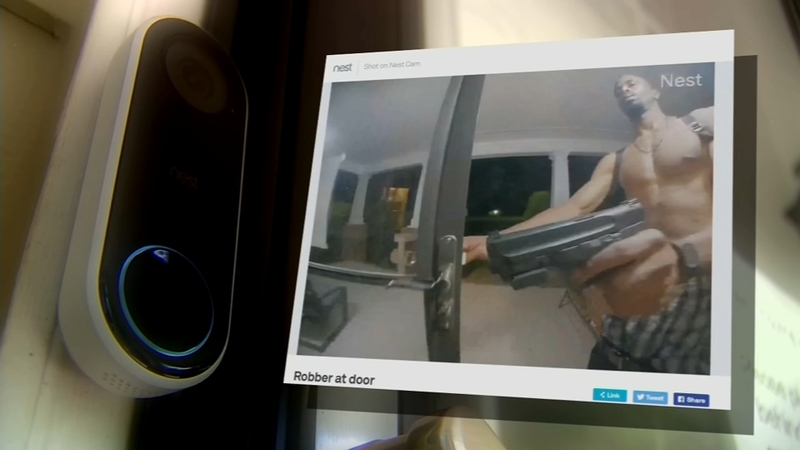 DEKALB COUNTY, Georgia (WPVI) -- Residents of an Atlanta-area neighborhood are paying more attention to security after doorbell cameras captured a man with a gun trying to break into two different homes.

Imagine watching the terrifying video of a bare-chested bandit at your front door and suddenly realizing he has a gun.

It happened to Steve Martineau when he opened his Nest cam app Monday morning.

"Pretty scary," Martineau told WSB-TV. "Oh my god there's a guy looking through my front door with a gun."

He says the man tried to get inside, but wasn't too successful, so he simply walked away.

However, Martineau said the armed porch pirate wasn't done with his Porter Road neighborhood just yet.

"I believe he went to every house on my street," he said.

Martineau says the man broke into one neighbor's car and another's truck.

Then, two hours later, the shirtless man with the gun made it over to the Avondale Estates neighborhood where he was seen on a second doorbell video without his bookbag, but still armed and at another person's front door.

Just like at Martineau's house, the man couldn't get in and took off.

"Trying to open up doors and he has a gun in his hand," said Renaldo Moore from Neighborhood Watch.

Moore heads up the neighborhood watch and wants anyone who spots this man to not approach him, but to call 911 right away.

"Hopefully DeKalb County will catch him," he said.

"I don't want this behavior in our neighborhood," Martineau added.