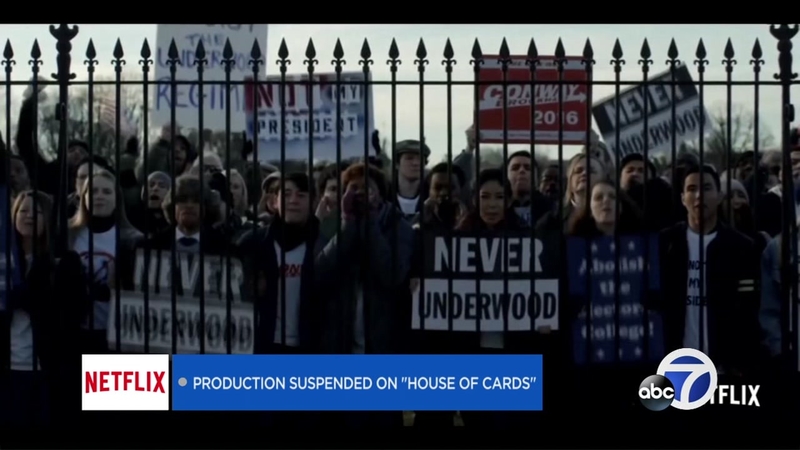 LOS ANGELES -- Netflix has announced that production on "House of Cards" has been suspended amid the controversy surrounding star Kevin Spacey.

In a statement to ABC News, the streaming channel said: "MRC and Netflix have decided to suspend production on HOUSE OF CARDS season six, until further notice, to give us time to review the current situation and to address any concerns of our cast and crew."

Netflix is reportedly weighing different concepts for a spinoff of the hit show. On Monday they said the upcoming sixth season will be the last for "House of Cards."

The announcement of the Emmy-winning political satire's end came amid fallout from Spacey's alleged sexual advances toward a 14-year-old actor in the 1980s. But Netflix had already decided to end the show and was pursuing a spinoff.

Spacey has apologized for the incident which he said he doesn't recall but would have stemmed from "drunken behavior." He also spoke publicly for the first time about being gay.