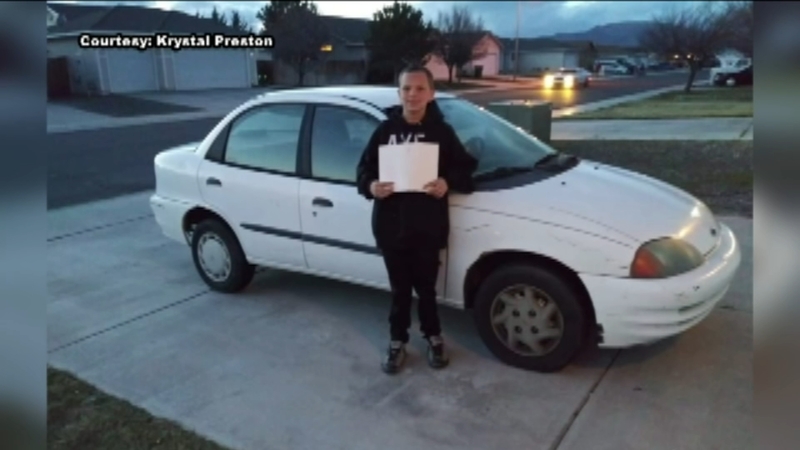 A Nevada teen did the unexpected for his mom, who found herself suddenly financially strapped.

Krystal Preston is a single mother with three children and three dogs.

She was struggling when her oldest son, 13-year-old William, decided he wanted to help out.

He was doing yard and house work for those in the community to make money.

Then he saw an ad on Facebook from a woman who was selling her white 1999 Chevy Metro.

"It was really cheap so I asked her if I could trade it for my Xbox or earn it, and at first she said no, and then she thought about it, and then she said yes," said William.

"I lost it, I bawled so bad, I was just like there's no way. What 13-year-old do you know buys their mom a car, I don't know any," said Krystal.

So, he channeled his inner bargain hunter and talked with the woman.

An executive from Microsoft saw the story and reached out to Krystal.