Man dies after being shot by police in Philadelphia and Delaware 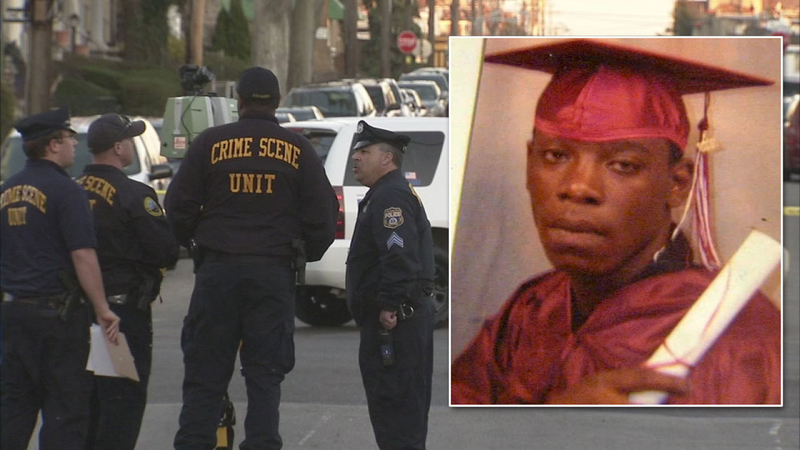 Man dies after being shot by police in Philly and Del.

NEW CASTLE, Del. (WPVI) -- A grieving father is trying to make sense of the insane events involving two police departments in two states that led to the death of his son, Leroy Brown Jr.

The 28-year-old was on parole when police received 911 calls that he was armed with a gun involved in an altercation at 56th and Whitby Wednesday evening.

12th District officers confronted Brown in a minivan with a 26-year-old woman. Investigators say unknown to the officers is there were four kids in the backseat.

Investigators say Brown put the van in reverse and floored it, hitting and dragging one of the officers, who then shot and wounded Brown as he sped off.

Action News was on the scene after an officer was hit and dragged by a car in Southwest Philadelphia.

"He was trying to get away from the police. He wasn't the best kid on the block, but just in pursuit of trying to get away, they discharged their gun, and anyone of those kids could have been shot," said Leroy's mother Renee Brown.

Leroy then wrecked the van and ditched it in the 7600 block of Lindbergh. They say he, the woman and four kids then hopped into a car that was left running and unattended nearby.

"The passenger he was with lived in Delaware, so they were on their way back to Delaware," Renee Brown said.

Two hours later, New Castle County police got word Brown was hiding out at the woman's Coachman's Manor apartment in the 100 block of Carriage Way.

The Action Cam was on the scene after an officer-involved shooting in New Castle Co., Delaware.

"Not even 5 minutes later, we heard like some gunshots," said resident Syronda Barksdale.

Police say Brown tried to flee in a car and rammed a police cruiser. He then ran to a nearby park where he was involved in an altercation with New Castle County officers and was shot.

He was taken to a local hospital where he later died.

"He was already shot by the Philadelphia police, so how much altercation could he have had with the Delaware police? So I need to know if he was shot standing up?" said Renee Brown.

Meanwhile, residents who returned to their apartments after the incident were unable to get in. Those residents had to sleep in their vehicles at a nearby gas station.

They were allowed back into their homes around 5:30 a.m. Thursday.

His family says Leroy Brown, a father of three, had been in prison, but was working for a temp agency.

The children who were in Brown's minivan, ages 2 through 6, are safe now with family.

The 26-year-old woman who was also in the minivan has been talking to detectives, police say.

The matter is being investigated by both Delaware and Philadelphia police.

The officer who was struck by Brown's van as he was trying to flee has bumps and bruises, but is OK.

As is routine, the two officers involved in the shooting have been put on desk duty pending the outcome of the investigation.

Man dies after being shot by police in Philly and Del. John Rawlins reports during Action News at 6 on March 30.