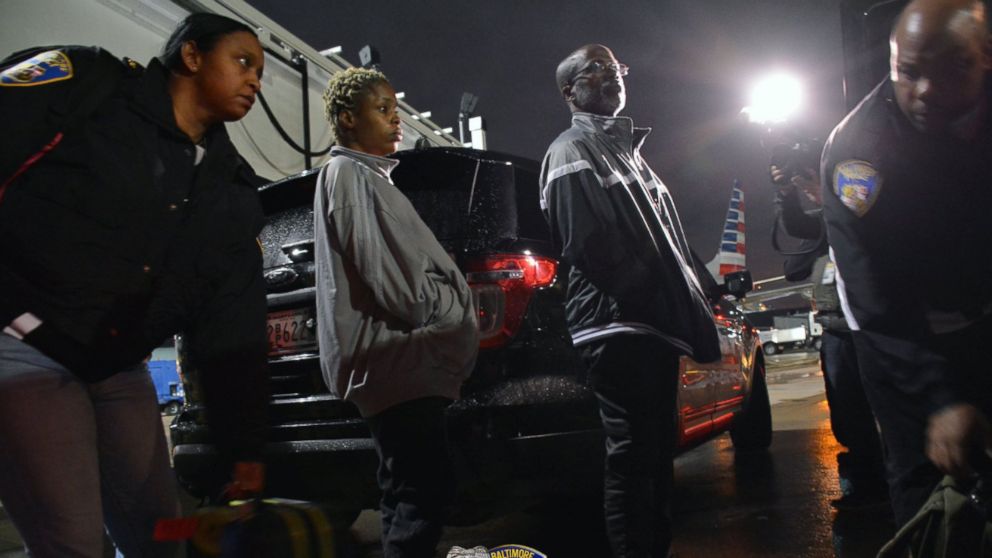 A father and daughter who authorities say fabricated a story of a panhandler stabbing his wife to death were extradited to Baltimore early Thursday to face murder charges as newly released documents show the husband allegedly asked his brother to help kill the victim.

Keith and Valeria Smith were brought back to Maryland by the Baltimore Police Department's Warrant Apprehension Task Force after being caught in Texas earlier this month while attempting to make a run for the Mexican border, authorities said.

'Get rid of Jacquelyn'

Arrest warrants for the father and daughter released Thursday show that in the days prior to the Dec. 1 killing of Jacquelyn Smith, Keith Smith allegedly tried to get his brother to help him kill his wife of five years. He also tried to make arrangements to flee to Cuba and was caught on a wiretap asking a travel agent if there was a way to get into Mexico without going through a border checkpoint, according to the warrants.

Keith Smith's brother, Vick Smith, told police that his brother told him that Jacquelyn Smith was talking about divorcing him, according to the arrest warrants. Vick Smith told police, according to the warrants, that he reached out to a close friend of his brother and told him that Keith Smith "asked him to get rid of Jacquelyn, which he interpreted to mean kill/murder her."

Valeria and Keith Smith arrived at the Baltimore/Washington International Thurgood Marshall Airport shortly after midnight Thursday and were immediately driven to the Central Booking Intake Facility in Baltimore, police said.

Baltimore police released video and photos of the pair being taken off the plane on the tarmac, put into handcuffs and driven away.

They are both charged with first-degree murder.

The father and daughter appeared via closed-circuit video at separate court hearings and were ordered to be held in jail without bail.

Keith Smith's attorney, Natalie Finegar, said the prosecution's case appears to be built on questionable evidence, including forensics she described as having "bad junk science potential."

"Mr. Smith is always innocent until proven guilty and I haven't seen anything yet that proves him guilty," Finegar told reporters at a news conference Thursday.

It was not immediately clear if Valeria Smith has hired or has been appointed an attorney.

Story 'was not true'

In the arrest warrants, Valeria Smith's involvement in the killing is described as being "an accessory after the fact in the murder of Jacquelyn Smith." Keith Smith, 54, according to his warrant, "did assault and murder" his wife, who was stabbed five times in the chest.

The suspects initially claimed Jacquelyn Smith, 54, who worked as an electrical engineer at the Aberdeen Proving Ground in Maryland, was stabbed by one of two panhandlers she spotted while driving through East Baltimore.

In interviews with homicide detectives and at a news conference shortly after the killing, the pair claimed Jacquelyn Smith was stabbed when she asked her husband to pull over so she could give $10 to a female panhandler who appeared to be holding a baby.

Keith Smith told ABC News shortly after the killing that both panhandlers approached their car and the male panhandler stabbed his wife and snatched her chain as he and the woman were thanking her for the money. He said the woman panhandler reached into the car, grabbed his wife's purse and ran.

"She was trying to help someone out," Keith Smith told ABC News in a Dec. 3 interview. "I think the reality is, we forget about the times that we're living in. You may have the best intentions on helping this person, but when you let a person get into your safe zone, you're actually opening yourself up to whatever this person has intended for you."

Keith and Valeria Smith told police the killing happened as they were returning home from an American Legion Hall, where they had been celebrating Valeria Smith's 28th birthday, though records show her birthday is on Oct. 30.

On March 3, Michael Harrison, acting commissioner of the Baltimore Police Department, said the story told by Keith and Valeria Smith "was not true."

Baltimore Mayor Catherine Pugh slammed the suspects for using issues of homelessness as a ruse in an alleged attempt to cover up the killing.

"These individuals took advantage of a situation, a city that is already dealing with its own problems," Pugh said earlier this month. "We're looking forward to this cruel act being brought to justice."

The father and daughter were arrested that day in Harlingen, Texas, which is near the Mexican border. Police said they suspect the pair was attempting to cross the border and disappear.

Since his arrest, Keith Smith's criminal history has come under increased scrutiny. He pleaded guilty in 2001 to robbing the same bank in Timonium, Maryland, three times in nine months, according to reports obtained by ABC News from the Baltimore County Police Department.

He served six years of a 12-year prison sentence for robbery with a deadly weapon and for fleeing the police, according the Maryland Department of Public Safety and Correctional Services.

Baltimore detectives became suspicious of Keith and Valeria Smith after finding inconsistencies and contradictions in their stories after the killing, according to the arrest warrants.

The father and daughter claimed Jacquelyn Smith was killed in East Baltimore, but none of the 27 surveillance cameras in the location they said the stabbing occurred showed the family's car in the area at the time of the homicide, according to the warrants.

Cell phone records showed that at the time of the stabbing Valeria Smith's phone pinged in Druid Hill Park, northwest of where she and her father claim the stabbing happened.

When confronted about the location of the killing, Keith Smith allegedly told investigators that he had gotten lost driving home and ended up in Druid Hill Park, where they stopped for 12 to 16 minutes and looked at photos they had taken earlier that evening, according to the arrest warrants.

When Valeria Smith was confronted about her cell phone pinging at the park, she told detectives they were never in the park, according to the arrest warrants. She then stopped speaking with investigators and asked for an attorney, the warrants state.

Investigators also were granted court permission to wiretap the cell phones of both Keith and Valeria Smith.

In calls detectives intercepted in late February, Keith Smith was heard trying to book one-way flight reservations to Cuba and Canada, but was unable to because he did not have a valid U.S. passport, according to the arrest warrants.

Computer records seized in the case also showed that Keith Smith conducted a search on whether a passport was needed to travel to Jamaica, and "if there is a way to cross into Mexico without going through the border," according to the arrest warrants.

Keith and Valeria Smith were just 20 minutes from the Mexican border when they were captured.