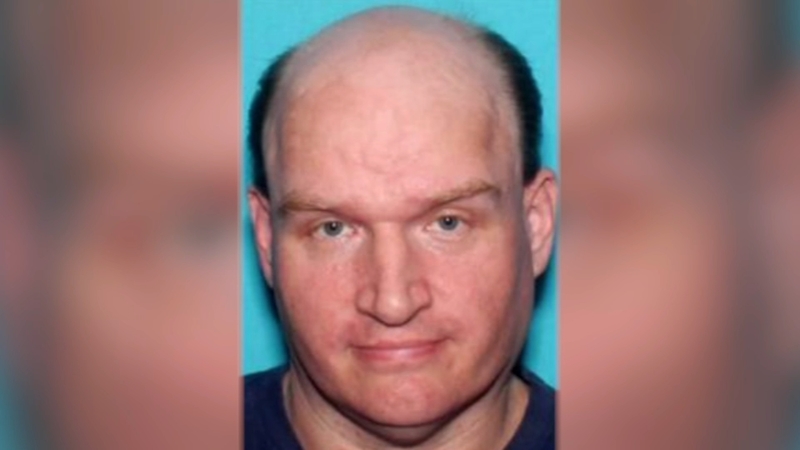 MORTON, Pa. (WPVI) -- A man forced a woman and her child into a car in New Hampshire, drove to Vermont, sexually assaulted the woman, and was apprehended in Delaware County, Pennsylvania after a manhunt and car chase, authorities said.

Everett Simpson, 41, forced a woman and her child into their car outside the Mall of New Hampshire in Manchester on Saturday and drove to Vermont, police said. He then sexually assaulted the woman, authorities said. When the woman and the child reached safety, they called the police.

That set off a manhunt for Simpson, most recently a resident of St. Johnsbury, Vermont. Vermont State Police, the FBI and the Hartford Police Department worked together on the search.

A call was made to an attorney who has represented Simpson in the past, seeking comment.

On Sunday afternoon, police from Prospect Park, Pennsylvania, were trying to make an unrelated traffic stop when an automated system flagged the car in question as stolen, according to Vermont State Police. The car did not stop, and a chase ensued.

The car was eventually abandoned, and police were searching for the driver when another vehicle was reported stolen.

"A woman is taking her groceries out of her vehicle, and as she's coming back out she sees a guy getting in her vehicle. She tells him to stop and he pushes her away," said Upper Darby police Superintendent Mike Chitwood.

Authorities said Simpson recklessly continued to lead police on a chase through Springfield before they were able to close in. The car crashed into a telephone pole in Morton.

"He could have killed anybody," said Chitwood. "This guy is an animal, pure and simple."

Police from Upper Darby took the driver into custody, and he was identified as Simpson. He was taken to a hospital, Vermont police said.

Simpson faces extradition to Vermont and is expected to face federal charges related to car theft, kidnapping and sexual assault. The U.S. attorney's office in Burlington, Vermont, is coordinating the prosecution.