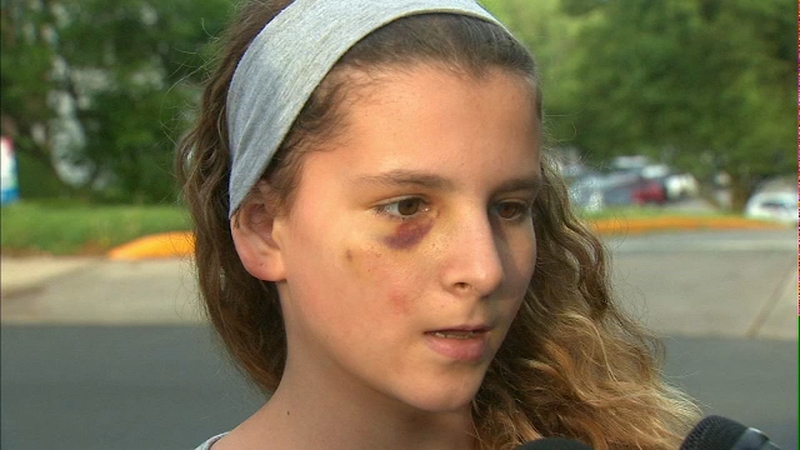 PARAMUS, New Jersey (WPVI) -- An 11-year-old girl, who was among the dozens of people injured in a crash between a school bus and a dump truck in New Jersey last week, says she remembers every second.

"My head hit against the seat in front of us and I got stuck under the chair," Tiana Holeviczki said.

Her bus, along with two others, was carrying East Brook Middle School fifth graders on a field trip when the crash happened in Mount Olive. Published reports say the driver missed an exit on I-80 and attempted an illegal U-turn on the interstate, right in the path of a dump truck.

The collision was so violent that the bus was catapulted off its chassis and landed on its side in the center median.

Eleven-year-old Jacob Arroyo has friends in the hospital.

"An illegal U-turn the bus driver made? A couple more minutes wouldn't have killed them," Arroyo said.

At a Paramus church, the community mourned for Jennifer Williamson, a beloved teacher of over 20 years, and student Miranda Vargas, who lived only half that long, and left behind a twin sister.

43 other students and adults were hurt. Some made it to the service on Sunday night.

Others like Brendan, O'Callaghan will have a painful road to recovery. The rabid New York Rangers fan had a reason to smile after receiving a stick signed by goalie Henrik Lundqvist.

"Right now he wakes up, he doesn't even remember being involved in that accident," said Brendan's dad, Arnie O'Callaghan.

Brendan's dad is a police officer and posted the video on Facebook to highlight the support his family is getting. And as for whether that bus driver made an illegal U-turn to cause the crash? He says he isn't angry.

"I'm sure whoever was operating that bus is gonna have to live with that for the rest of their life and I hope they find some healing as well," he added.