Jersey shore businesses hoping for a return to normalcy this summer 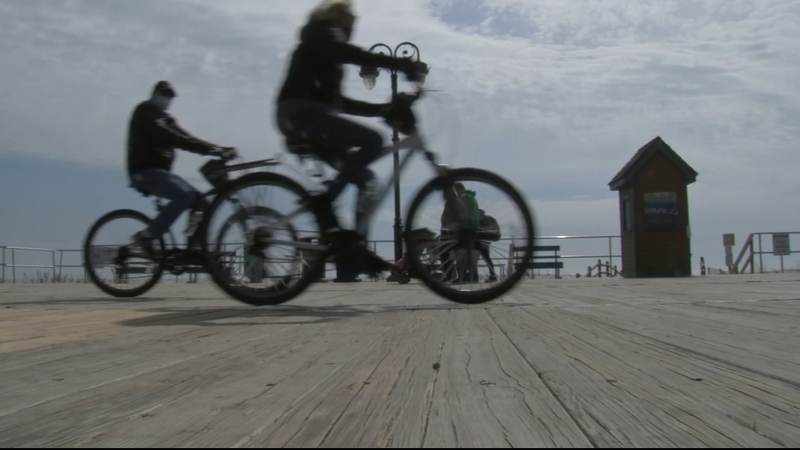 Jersey shore businesses hoping for a return to normalcy

After last summer - which was full of restrictions due to COVID-19 - many are hoping for a summer at the Jersey shore that's a little closer to normal.

It was chilly and breezy on Thursday, but plenty of people were drawn to the boardwalk in Ocean City.

At Island Beach Gear, they're dressing things up for spring, saying customers are already looking ahead to summer. They've had customers already buying chairs and carts.

"They know that inventory was limited last year, so this year they want to get ahead of the curve. So we're seeing sales just starting to ramp up," said Brent Burke, general manager at Island Beach Gear.

While Playland's Castaway Cove got off to a bumpy start with a massive fire in January, their rides for the most part were untouched, and they'll be open the last weekend in March.

"We do have six or seven rides that are temporarily down due to the electrical issues we had with the fire," said Vice President Brian Hartley. "We're trying to get that electric room rebuilt and get those rides back up as soon as we can."

What about rentals? Between anxious renters and property owners who have moved their home office to the shore, brokers say aren't as many properties to go around.

"You can work remotely, you don't need to be at your property. There's very low inventory both on the buyers' side and the renters' side," said Frank Jannotta of Weichert Realtors Coastal.

In Wildwood, folks are hoping for a banner year with fewer restrictions compared to last summer. With indoor dining about to bump up to 50% capacity in New Jersey later this month, local officials hope it'll be even higher come summer.

"Last summer we allowed for expansions on the sidewalks and driveways, parking lots. The feeling is right now we're hoping we won't have to go that route this year," said Mayor Pete Byron.