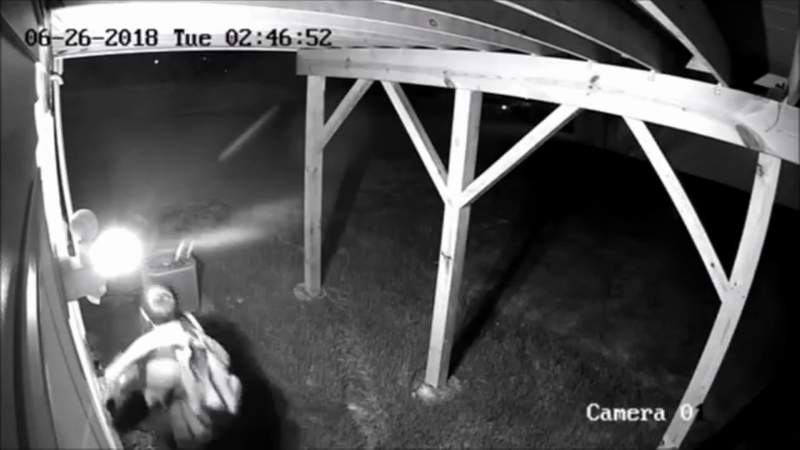 GLOUCESTER TWP., N.J. (WPVI) -- A local construction project has repeatedly been targeted by an arsonist. Investigators need your help in finding the person captured on surveillance video.

Santo Montecalvo of the Citizens Crime Commission said, "This case is about an arson that happened over the course of 2 years, 4 different times."

It happened at the Iron Gate Community in Gloucester Township, New Jersey.

Investigators want you to take a good look at this surveillance video.

"He's a teenager or early '20s and you can see in the video him pouring flammable liquids on these houses and then lighting it up," said Montecalvo.

Police say it's not clear why someone is targeting the complex and its planned $41,000 plus homes.

"Thank God nobody has been hurt yet but it's just a matter of time. So if anybody can recognize this individual just pick up the phone and dial 546-TIPS you remain anonymous and there's a $2500 reward for information leading to the arrest and conviction," said Montecalvo.