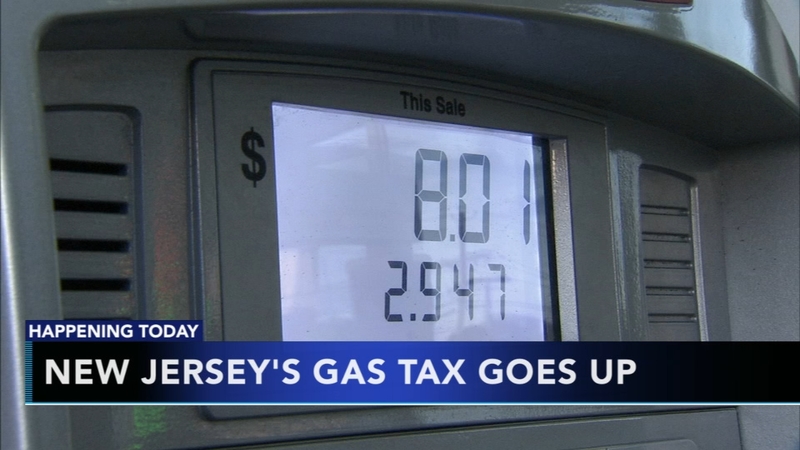 Be prepared to pay more if you fill up your car in New Jersey as the gas tax is increasing.

The gas tax climbs by 4.3 cents a gallon starting Monday, or more than 10 percent, under a bipartisan law enacted in 2016, Democratic Gov. Phil Murphy's administration said in August.

The 41.4 cent-per-gallon rate means New Jersey would have the fifth-highest gas tax in the country, up from No. 8, according to 2017 data from the conservative Tax Foundation. Though it will still be lower than neighboring New York and Pennsylvania.

New Jersey Gov. Phil Murphy's administration says it's hiking the state's gas tax by 4.3 cents as reported by Christie Ileto during Action News at 10 on August 30, 2018.

To do that the law requires the treasurer and legislative officials to review revenue and set the tax rate to reach the target figure. This year officials say they determined the rate would have to climb by 4.3 cents.
But Murphy's administration added that Christie overestimated fuel consumption last year and failed to raise the rate 1.7 cents. Had that happened, then the rate would climb 2.6 cents this year, according to the Treasury.