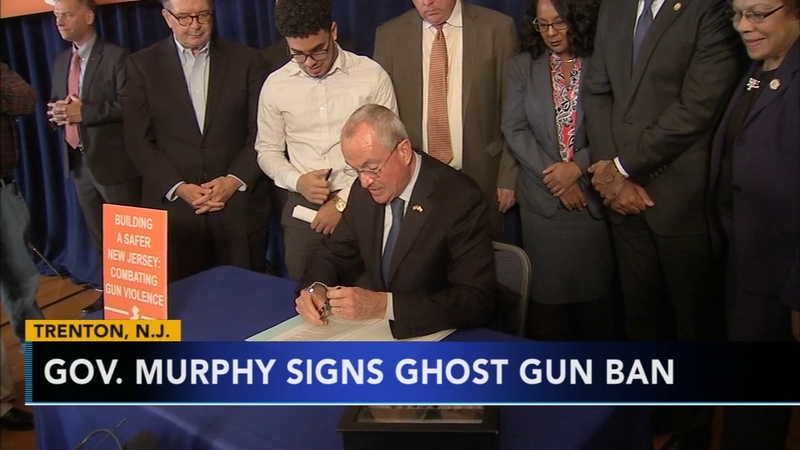 The Democratic governor signed the new law Thursday in Trenton.

It's the latest gun-control measure enacted by the Democrat-led Legislature and governor since he took office in January. Murphy signed a half-dozen bills in June aimed at tightening already strict gun laws.

The new law bars the purchase of separate parts or kits that could be used to manufacture a firearm not traceable by law enforcement. Lawmakers say the measure will "arm our court system" with the ability to block criminals from using technology to make weapons.

Murphy called for a new round of gun control measures in response to Pittsburgh synagogue shooting last month.