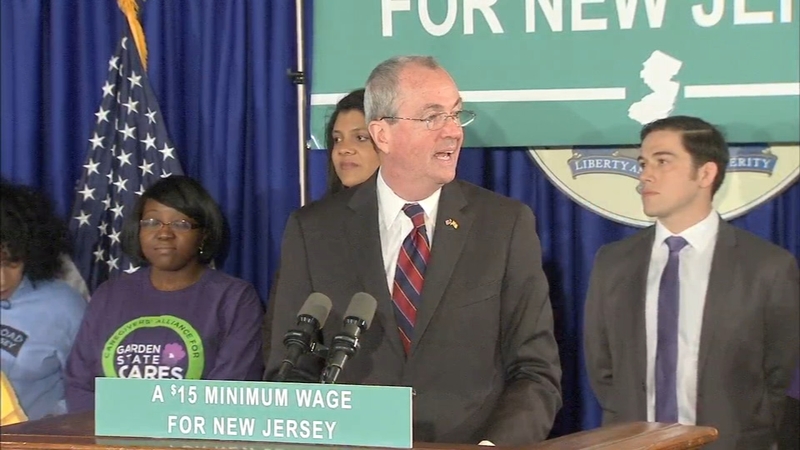 TRENTON, N.J. -- Gov. Phil Murphy is renewing his call for the Legislature to pass a $15 per hour minimum wage plan before the end of the year.

Speaking at an event Monday, the Democrat said he's ready and waiting to sign a bill once one reaches his desk.

New Jersey's minimum wage is going up a quarter per hour to $8.85 on Jan. 1, part of a mandate under the state constitution to keep pace with inflation.

In separate statements released Monday, Assembly Speaker Craig Coughlin and Senate President Steve Sweeney expressed support for a $15-per-hour plan, though neither pledged to reach deal before the holiday recess.