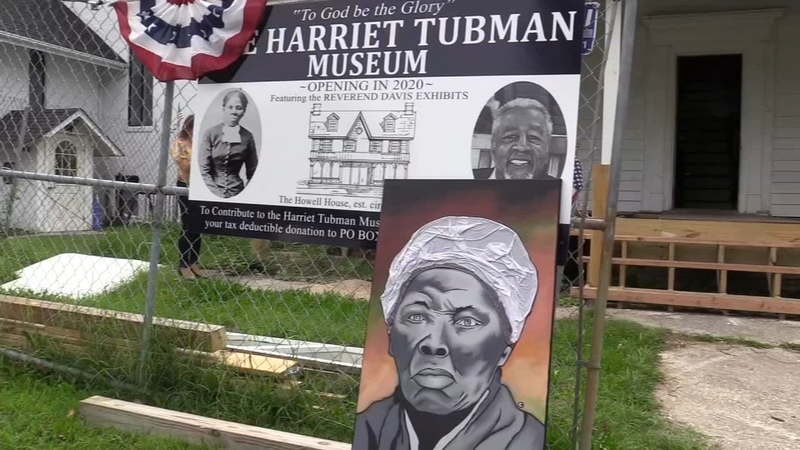 CAPE MAY, N.J. (WPVI) -- On a busy block of Lafayette Street in Cape May, a group of churchgoers and investors is hoping to give visitors a new reason to stop.

This whole corner was a major area for the abolitionist movement not only in Cape May but in the United States," said developer Bob Mullock.

At the historic home next to Macedonia Baptist Church, a previous homeowner, who was also the priest at the church, built a collection of slavery items, hoping to keep the tale of this town alive, "and show the passage of slaves across the Delaware Bay into Cape May City and up through Philadelphia to freedom," said Lynda Towns, a deacon at the church.

The reverend who built the collection has since passed and this home has seen better days, but now, friends and neighbors want to share the collection with the world by paying tribute to the abolitionist who they believe used this site as a path to freedom.

"We know that as part of the Underground Railroad, Harriet Tubman summered in Cape May City," Towns explained.

"You're talking about a house that's been untouched since the late 1700s," explained Zack Mullock, who is in charge of construction for the site. He and his team are well on their way to turning the gutted inside into the Harriet Tubman Museum.

"Along with the history of Harriet Tubman, this house has some beautiful history we want to preserve," he said.

The museum needs to raise half a million dollars to finish the project, but the community is already stepping up. The architects are designing the plan for free, one hardware store donated all the paint, and individuals are donating thousands of dollars.