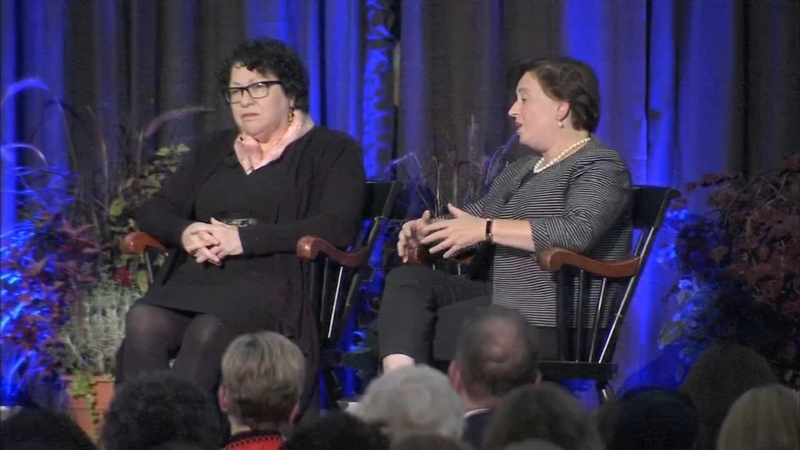 Supreme Court Justices Sonia Sotomayor and Elena Kagan took the stage before a crowd of mostly women at their alma mater Friday night.

The conversation quickly turned to government and their concern that partisan politics is threatening the high court.

"It's an incredibly important thing for the court to guard its reputation of being fair, of being impartial, of being neutral," said Justice Elena Kagan.

Allegations of sexual abuse and his partisan response at a hearing last week had put his confirmation in question.

Both women, nominated by President Obama, said it's up to the 9 justices themselves to preserve the court.

"We have to rise above partisanship in our personal relationships," said Justice Sotomayor.

Every single one of us has the obligation to think about what it is that provides the court its legitimacy" said Justice Kagan.

The hour and a half discussion took place during a women's conference at Princeton University.

While the justices didn't say Kavanaugh's name, he was on the minds of many attending.

Kate Mann of New York City said, "It's very concerning that their checks and balances would fall in a way."

Kagan and Sotomayor did offer a bit of hope. Pointing out the current bench shares lunch together occasionally and gets along despite their professional disagreements.