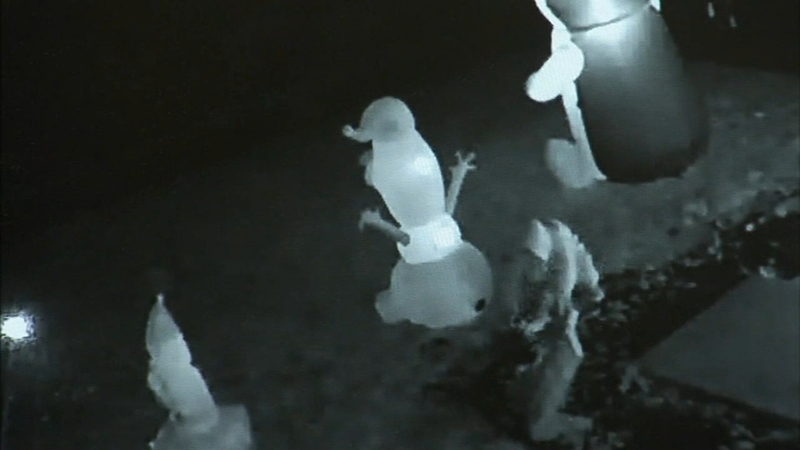 EGG HARBOR TWP., N.J. (WPVI) -- 'Tis the season for outdoor displays that sparkle as the sun goes down.

But in Egg Harbor Township, New Jersey, someone is working to spoil the fun by stealing decorations

"The first night we put it up and it was stolen," said Muskett. "We walked out the door and the Santa was gone."

Police say as many as three or four thefts calls a day rolled in beginning the week after Thanksgiving.

Surveillance video shows one of several male subjects believed to be involved and a Mongoose bicycle that was left at one of the thefts.

The video shows a man with a distinctive walk unplugging power to inflatables, and as they deflate, the man melts away and then moves back in to swipe them.

While different decorations have been snatched, the prime targets seem to be inflatables.

It's not clear what the thieves are doing with their loot.

"We have a few theories, but none that we are comfortable giving out at this point," said Burgan.