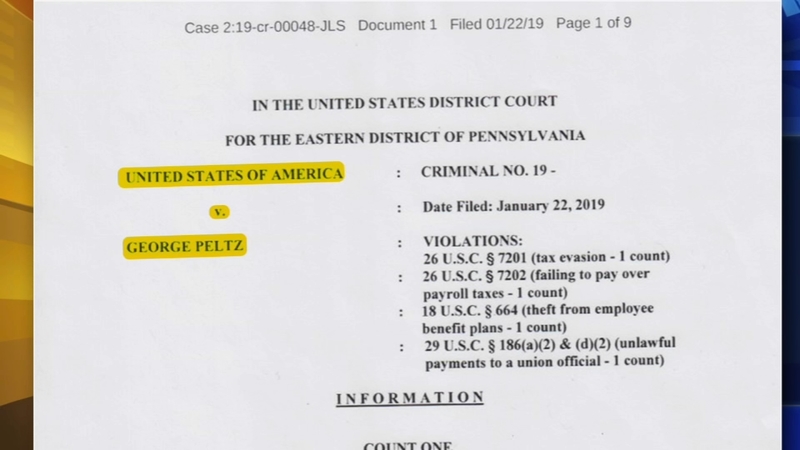 First charges related to feds probe of Local 98 handed down

Action News was there in 2016 when federal agents raided the company's warehouse.

Records unsealed Monday claimed Peltz gave an unnamed union official gifts, including a $37,000 security system; large screen TVs and a security system installed in the home of a family member of the official valued at more than $19,000 dollars and $5500 in gift cards from Boyd's, a men's Clothing Store in Center City.

"It's wrong when an employer who may want a sweetheart deal with the union which would not benefit members begins paying off union officials," said Parry.

While not named in the documents, powerful union leader Johnny Dougherty has been the focus of the lengthy investigation.

This happened days after the 2016 Democratic Convention in Philadelphia where the union dropped upwards of $80,000 thousand dollars on lavish parties for big wigs and lobbyists.

Dougherty lead the union from 1993 until 2015 when he took over the Philadelphia Building and Construction Trades Council.

Perry said these crimes Peltz has pleaded to are small potatoes to what he expects is coming down as early as Tuesday.

"The fact they wanted this under seal indicates to me that the government is getting ready to bring other charges," he said.