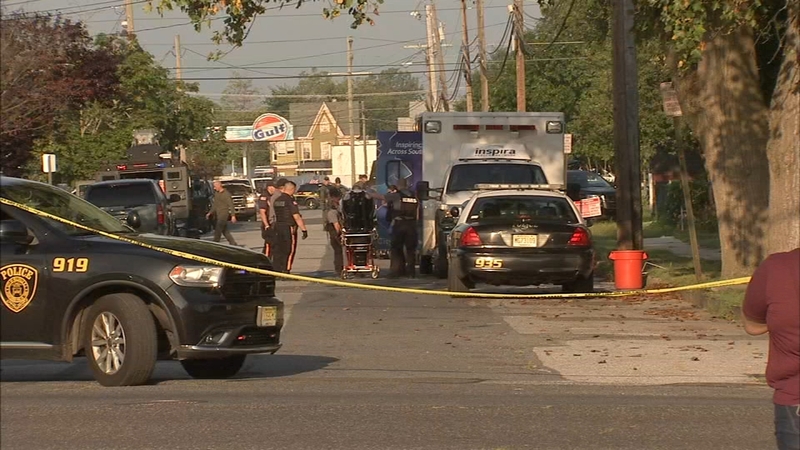 Thirty-two-year-old Andrew Wildermuth was led into an ambulance around 8 a.m. after police say he barricaded himself inside his home at F Street and Wheaton.

Neighbor Eric Dilkes said he watched the events unfold from his porch.

He explained an ambulance was called Monday afternoon by a concerned friend to Wildermuth's home, but Wildermuth refused treatment.

Officers were called around 5:30 p.m. to help with a distraught patient.

"He was really not breathing that good and called an ambulance. They come in and refused to go. And he told the cops, 'well, if you come anywhere near my house. I'm going to shoot you,'" Dilkes said.

Police Say Wildermuth became increasingly irate and threatened to shoot anyone trying to make contact with him. He went back inside and police secured a perimeter.

Neighbors were evacuated around 6:30 p.m.

"Around 6:30, two officers knocked on my door. They asked how many people were in our house. I said five and they escorted us out with shields," neighbor Jeannette Pagan said.

As the hours plodded on, residents heard police try to communicate.

"They told him 'come on out, everything's going to be safe, we're not going to hurt you,'" neighbor Darius Smith said.

Many neighbors spent the night on the sidewalk. State police were called in.

Around 7:45 a.m., police entered the home and the standoff ended.

Authorities say Wildermuth was taken to the hospital with no obvious physical injuries. Charges were pending.

"I'm just glad he's OK. I'm glad they didn't have to shoot him, none of that crazy stuff. Now, he'll go get the medical help he needs," neighbor Theresa Share said.

Police did not recover weapons. Once it was all over, neighbors were allowed back in their homes.