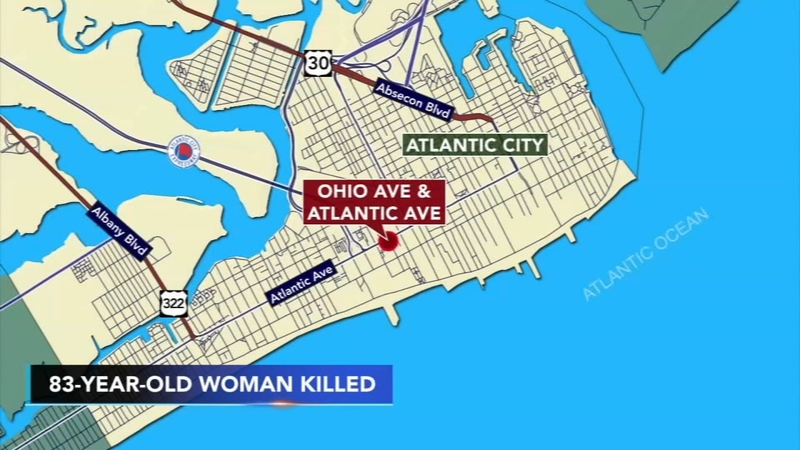 ATLANTIC CITY, New Jersey (WPVI) -- An elderly woman has died after she was struck and killed by a driver in Atlantic City, New Jersey.

It happened on Saturday around 4 a.m. when police say an 83-year-old woman was trying to cross Atlantic Avenue, near Ohio Avenue against a red traffic light.

Police say the woman was struck by a 66-year-old man driving in a Toyota Camry, who was traveling westbound with a green light. The driver did stay at the scene.

The woman, who is from Wallington, NJ, was transported to an area hospital where she later died.