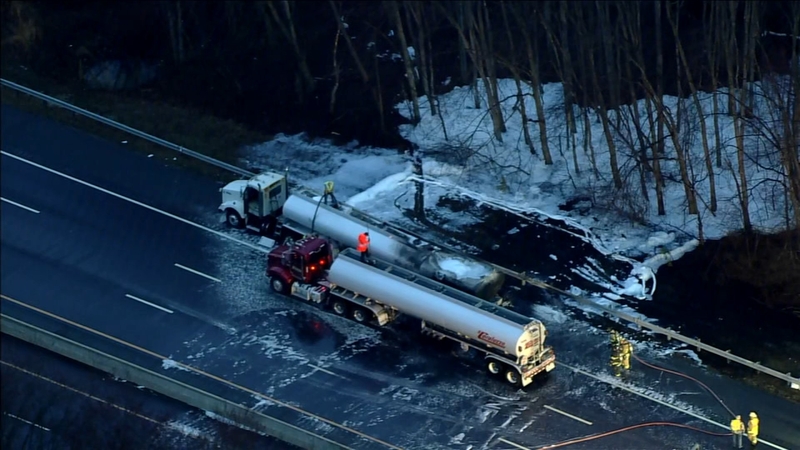 WINSLOW TWP., N.J. (WPVI) -- The Atlantic City Expressway has reopened after a crash involving a tanker truck in Winslow Township had the highway shut down in both directions for a good part of Monday morning.

Officials reopened the highway to westbound traffic just before 7 a.m. The eastbound lanes of the highway remain closed for sometime after as officials investigated and cleaned up area.

The fire began around 1:30 a.m. on the eastbound lanes of the Atlantic City Expressway in Winslow Township.

Officials said the driver pulled over, but friction ignited the fire and it quickly spread to the tanker.

The truck was fully engulfed in flames.

Police said the driver was not seriously injured.

This is the second accident to shut down a portion of the Atlantic City Expressway in as many days.