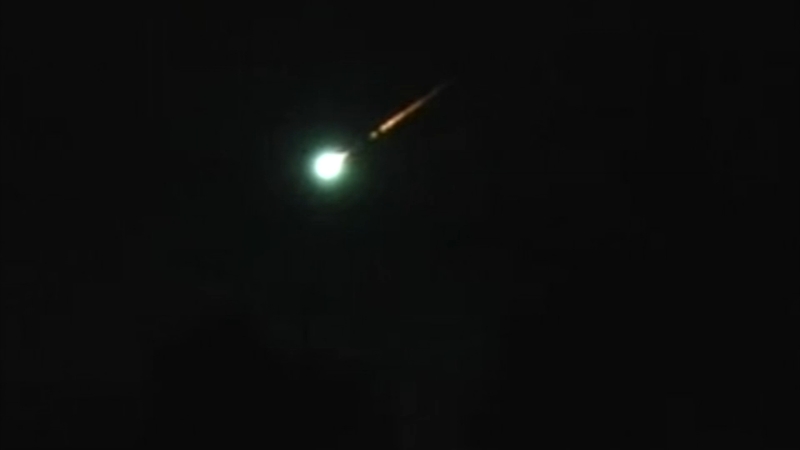 HAMILTON TWP., N.J. (WPVI) -- A New Jersey police officer on patrol during an overnight shift caught a spectacular sight on his dashcam video.

The Hamilton Township (Atlantic County) police department shared the video on Thursday that was captured by the vehicle of Sgt. Michael Virga.

He was on patrol along Drosera Road near the airport when a fireball lit up the sky at 3:09 a.m. on Saturday, December 2.

"I was on regular patrol, driving through our neighborhoods, and I saw this streak of light through the top of the sky," Virga said.

The video shows the fireball light up the night before there is a flash behind some trees.

"I was surprised to see what I was seeing," Virga said.

The American Meteor Society posted on its website that they have received more than 133 reports of the fireball.

They note that it was primarily seen in Pennsylvania, but along with New Jersey, it was also spotted in New York, Maryland, Virginia, Ohio, Delaware, Connecticut, Rhode Island, West Virginia, New Hampshire, Massachusetts and Washington, DC.

Mike Hankey, who directs the society's website, explained that the bright light was an unusually bright meteor colliding with the earth's atmosphere.

"I could tell how fast it was going and that it was most likely a cometary fireball because of the speed, and then we traced back the path and it intersected with Gemini, which is the parent radiant of the Geminid meteor shower," Hankey said.

The Geminid meteor shower is expected to peak on December 13.