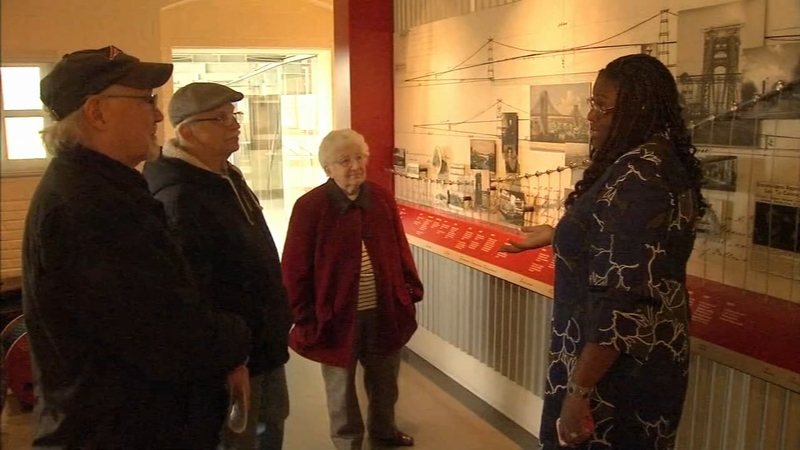 Tucked along the Delaware River in Burlington County is the Village of Roebling, a quiet place most days, but in these fields once stood a mighty steel mill where some of America's most famous landmarks were made from scratch.

Today, one of the original buildings now serves as the museum, and that's where Executive Director Varissa McMickens Blair helps pick up the story.

"John A. Roebling, you know, created this use of wire rope and turned it into a technology none of us can do without. The bridges we travel on, the elevators we go up and down in the tall buildings of the world, to the ski slopes that people like to get lifted up on ski lifts. All of those things were made of wire rope and steel made by the Roeblings, New Jersey and Trenton," says Varissa.

And the Roebling legacy threads through history as strong as the steel wire rope they produced.

"The tall buildings of the world, the Empire State Building, the Chicago Sears Tower, even the Eiffel Tower were pulled up and down by Otis elevators, all used the wire rope made by the Roeblings and Roebling Company. The very first plane that even flew, the Wright Brothers had Roebling wire in the bi-plane wings and then, you know, the first flight across the Atlantic which included the Spirit of Saint Louis, right, all controls by Roebling air cord in those controls," Varissa says.

The museum has Brooklyn Bridge artifacts, pieces and old film from the Golden Gate Bridge construction, and even the first sports car that the Roeblings helped build, but it also tells of the town and its people.

"We're keeping that history alive, we're telling those stories of the Roebling's, their company, the bridges they built and the things they created, but also the workers, the workforce that sprang up here, many generations since and those people, many have family members that remain right here. This is their American story," says Varissa.

The museum is also active in "bridging the past with the future" by hosting camps and other opportunities to inspire and teach the next generation of engineers.

"Those are all ways we are able to help kids get inspired to do things and create with their hands and minds to know that what they create, they can take home with them, and maybe that will lead them to a new career or place to study," Varissa says.

And there is plenty to learn and study from the history that was made right in Roebling.