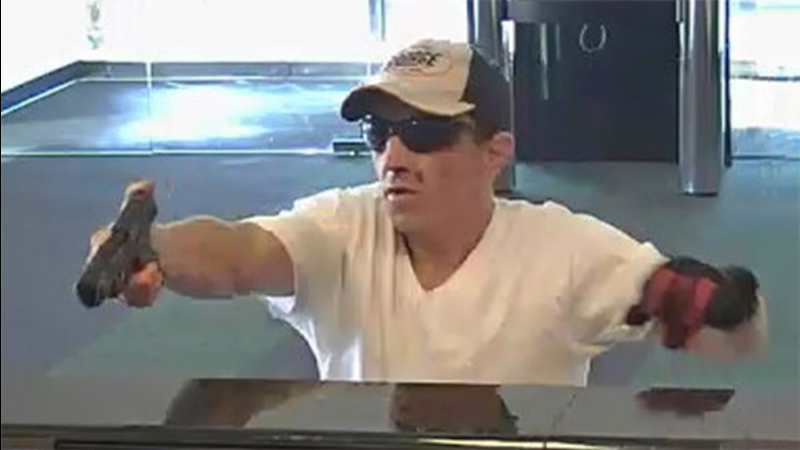 GLOUCESTER TWP., N.J. (WPVI) -- Police are looking for the man who was caught on surveillance video pointing a gun during a bank robbery in Camden County, New Jersey.

The suspect is wanted in three robberies overall.

The latest incidents occurred on Wednesday morning, when the suspect hit both the TD Bank on the Black Horse Pike in Bellmawr and then the BB&T bank on the White Horse Pike in Lawnside.

In both cases the man demanded money with the gun in hand.

He got away with an undisclosed amount of cash. No one was injured.

The same man is wanted for a bank robbery on Tuesday, September 6, at the TD Bank on College Drive in Blackwood.

The suspect is described as a white male around 5'8" tall and 150 pounds.

He was wearing sunglasses, a baseball cap and a white t-shirt.

Police say he was last seen leaving in a two-door, black colored, Mitsubishi, possibly a Lancer, with a rear spoiler. It had a partial license plate number, XA 787. The state was not known.

Investigators provided the following numbers for anyone who has information: