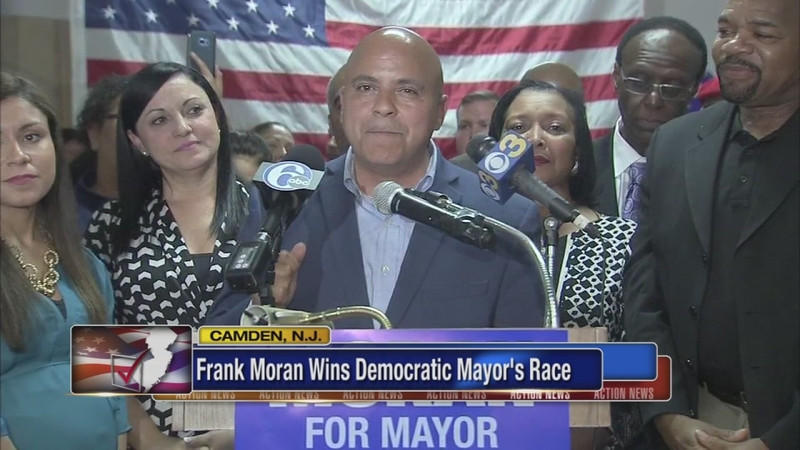 CAMDEN -- The leader of Camden's city council has won the Democratic primary to be the city's next mayor.

Councilman Frank Moran defeated challengers Raymond Lamboy and Theo Spencer in Tuesday's primary. There are no Republicans in the race.

Moran had been endorsed by Mayor Dana Redd, who announced in March that she wouldn't seek a third term in office.

He is also the director of the Camden County parks department.

Redd was first elected mayor in 2009. During her time in office she has overseen the dissolution of the Camden Police Department, which was replaced by a county regional force that patrols only Camden.

She also oversaw the start of a business development boom spurred by the Grow New Jersey program, which rewards employers who invest in struggling cities.