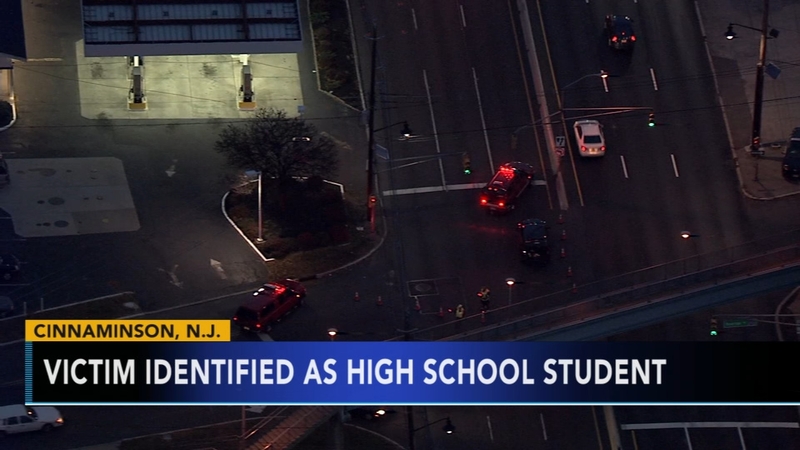 CINNAMINSON, N.J. (WPVI) -- The Burlington County Prosecutor's Office said Thursday that criminal charges have been filed against the driver of a stolen vehicle that crashed into the back of a tractor-trailer earlier this month on Route 130 in Cinnaminson, killing a 15-year-old girl.

The name of the suspect is being withheld because he was a juvenile when the crash occurred on November 15.

Police say his car was traveling southbound near the intersection of Riverton Road.
Kassidy Bush, a Palmyra High School student, was a passenger in the front seat. She was pronounced dead at the scene.

The suspect was taken to Cooper University Hospital in Camden, where he was admitted in critical but stable condition.

Cinnaminson police say they attempted to execute a traffic stop on the vehicle moments before the crash, but the driver accelerated instead of pulling over.