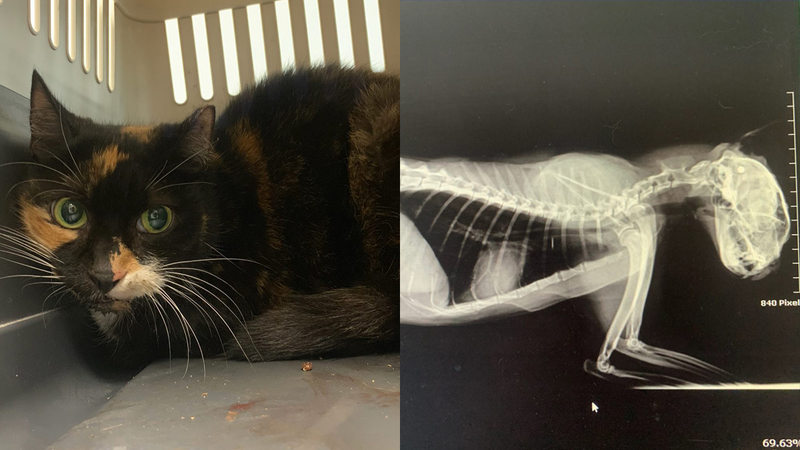 New Jersey's Freedom Farm Animal Rescue says they found a cat shot in the head with a BB gun inside a dumpster at a Cedarville, New Jersey landfill.

"This cat appeared to have a broken front leg/paw. Her leg was dangling under her as she ran around the inside of the dumpster trying to get out," the group wrote on Facebook. "Her back feet were bloody and her claws were all split and broken from trying to free herself from the dumpster for who knows how long."

X-rays revealed there was a BB gun pellet lodged in the cat's skull.

New Jersey's Freedom Farm Animal Rescue says it's unclear when the cat, now named Grace, was shot. Removing the pellet is not an option.

Grace continues to recover from her injuries.

Learn more on how you can help by clicking the photo below.