Boy injured when tombstone falls on him in Delco cemetery 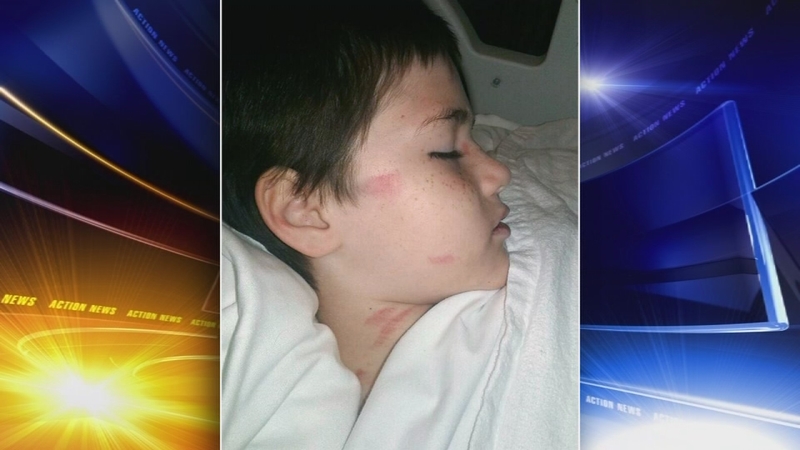 Boy injured when tombstone falls on him in cemetery

"He is in surgery having rods put in his femur because that is completely broke. He is having his wrist cast because he has a fracture on his wrist. He possibly got a fracture on his ankle or a break, they have to do more x-rays while he is sleeping to test that and he has got a laceration on his liver," Johnston said.

On Tuesday afternoon, Johnston says Eljiah was walking through the Mt. Lebanon Cemetery in Collingdale with a group of friends when a tombstone fell on top of him.

Johnston says when she got the news, her heart sank and she could only think of one thing.

Elijah's 14-year-old sister Savannah was with him when it happened.

She says the group of kids were taking shortcuts through the cemetery.

She was looking at pictures on a phone and when she looked up it was too late.

"I turned around and all I saw was the tombstone falling on him and I was frozen because I was so scared," Savannah said.

Savannah's not sure how the tombstone fell, but says she and her friend tried to pull it off with no luck. She believes he was trapped for five terrifying minutes before help arrived.

"It was really pinned to him and they had like six cops try to get it off of him," Savannah said.

To those brave officers who pulled the tombstone off of Elijah, his mom say they are heroes and she is forever thankful.

"It could have turned out a lot worse if they hadn't responded as quickly as they did, so whoever you are, thank you all for what you've done for my son," Johnston said.