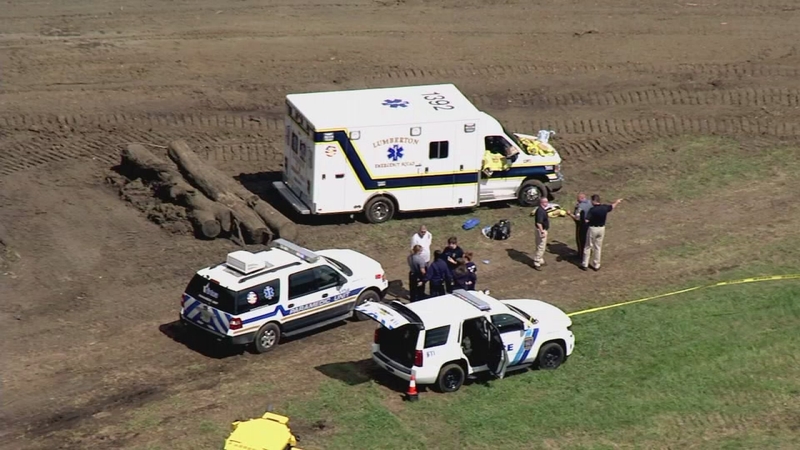 MEDFORD, N.J. -- Troy Gentry, one half of the award-winning country music duo Montgomery Gentry, died Friday in a helicopter crash just hours before a concert, according to a statement from the band's website. He was 50.

Authorities said the helicopter crashed in a wooded area while approaching the Flying W Airport in Medford hours before Montgomery Gentry was due to perform at a resort that is also housed at the airport.

The band's website called Gentry's death "tragic" and said details of the crash are unknown.

"Troy Gentry's family wishes to acknowledge all of the kind thoughts and prayers, and asks for privacy at this time," the website said.

Police got a call at around 1 p.m. of a helicopter that was in distress, said Joel Bewley, a spokesman for the Burlington County prosecutor's office.

Authorities said crews were able to remove Gentry, the passenger, from the wreckage, but he died on the way to a hospital. The pilot died at the scene, and crews were working to remove his body, Bewley said.

The National Transportation Safety Board is headed to the crash scene, Bewley said.

Gentry was born on April 5, 1967, in Lexington, Kentucky, where he met bandmate Eddie Montgomery and formed a group based off their last names.

Montgomery Gentry had success on the country charts and country radio in the 2000s, scoring No. 1 hits with "Roll With Me," ''Back When I Knew It All," ''Lucky Man," ''Something to Be Proud Of" and "If You Ever Stop Loving Me." Some of the songs even cracked the Top 40 on the pop charts.

The band mixed country music with Southern rock. It was inducted into the Grand Ole Opry in 2009. The group released their debut album, "Tattoos & Scars," in 1999.