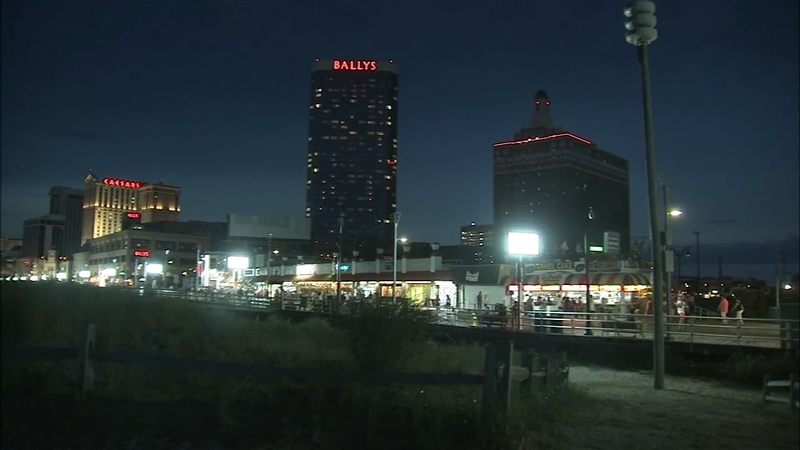 ATLANTIC CITY, New Jersey (WPVI) -- Three women were injured after police say they were struck by a dirt biker on the Atlantic City boardwalk.

Police say 22-year-old George Jones was traveling eastbound on the boardwalk at a high rate of speed and lost control when he apparently tried to avoid hitting a child.

Police say Jones attempted to flee the area but was held by numerous witnesses.

"He tried to run away and these these guys tackled him and held him," said Tom Boyle who works at a nearby restaurant.

Sean Harris says he never thought someone would be brazen enough to ride here, especially when families were everywhere.

Two women were rushed to the hospital with serious injuries. One woman was treated at the scene and released.

Jones is being charged with three counts of assault by auto, disorderly conduct and multiple traffic summons.