Gov. Murphy: Tax credits are 'most important pledge' to Amazon 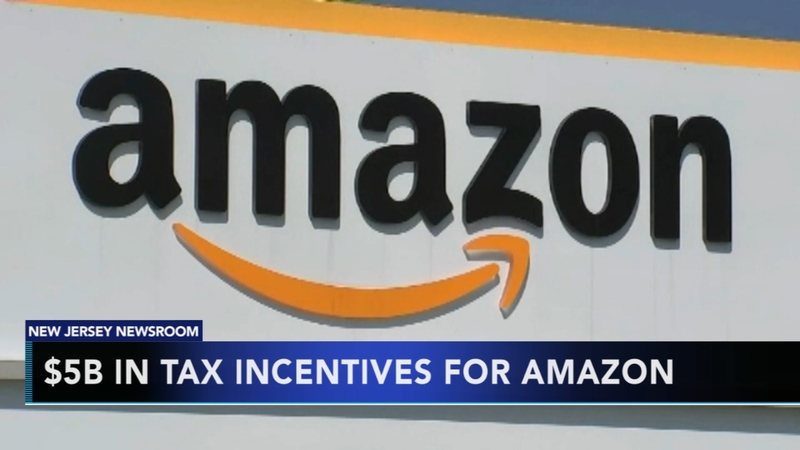 Gov. Murphy: Tax credits are 'most important pledge' to Amazon

TRENTON, N.J. -- Only a week into his administration, and after attacking government aid to companies in his campaign, Gov. Phil Murphy sent a letter to Amazon supporting up to $5 billion in incentives to build a second headquarters in New Jersey.

The first-term Democratic governor has been highly critical of tax incentives, though he said earlier this year he supported the incentives aimed at attracting Amazon to Newark, the state's biggest city and a finalist in the competition to host the retailer.

In a letter obtained by The Associated Press through the Open Public Records Act, Murphy wrote to Bezos in January, less than a week after Murphy succeeded Christie.

Murphy says the correspondence was one of his "first official acts as governor" and underscores his administration's commitment to bringing Amazon's second headquarters, known as HQ2, to the state. The letter highlights the city's technological infrastructure, talent, location, diversity and affordability.

He also highlights, "last but certainly not least," state tax incentives to offset costs of headquartering in Newark.

"Our most important pledge is we support these incentives and will continue to work with Amazon to maintain your costs," Murphy wrote.

Murphy has long supported Amazon coming to New Jersey and inherited the incentive program from Christie, who signed it into law before Murphy took office. During a television appearance in January, he backed the tax credit legislation.

But he attacked tax incentives programs while campaigning and put them under scrutiny once in office.

Last year, he appeared in a campaign ad against Republican Kim Guadagno, lieutenant governor at the time, saying the state gave away "(billions) for giant corporations," and once in office, he ordered an audit of tax incentive programs earlier this year.