Suspect sought after stolen car found with baby still inside 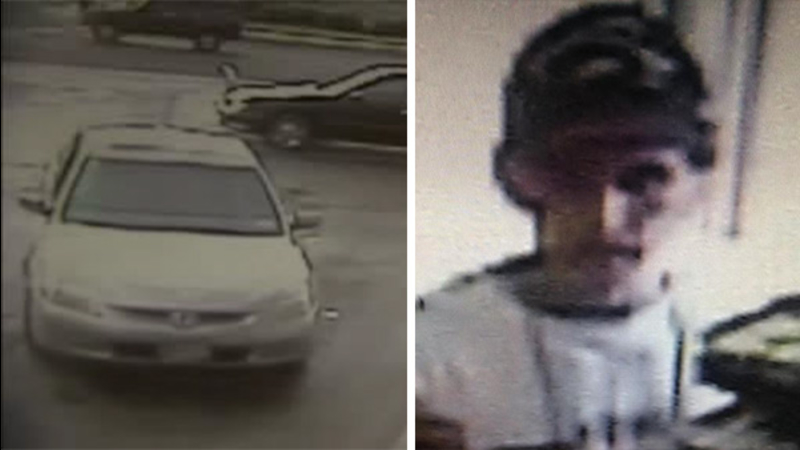 VIDEO: Suspect sought after stolen car found with baby inside

HAMILTON TWP., N.J. (WPVI) -- Surveillance video captured the frantic moments when a car was stolen from a gas station in Hamilton Township with a baby still inside.

The car was later found with the baby girl safely in the back seat.

The child's grandmother, who was with her at the time, spoke to Action News but asked that we not show her face.

It all unfolded around 6:00 p.m. Sunday at the Gulf station at Chambers Street and Tindall Avenue.

The video shows the suspect eyeing the Honda as he approaches the store.

The grandmother was preoccupied, a move she deeply regrets.

That's when the suspected car thief made his move.

The grandmother sprints after the car, screaming for help.

"There was no way he didn't see her and hear me screaming at him, 'The baby! My baby is in the car!' All I could think was, 'Please Lord help her!'" she said.

The vehicle was found a half hour later, a few blocks away on the 600 block of Franklin Street.

Police say the grandmother's cellphone, which was left inside the vehicle, led them to the car.

The child was inside unharmed but she was checked out by EMTs at the scene.

It's not clear if the air conditioning was on when the baby was left stranded in the vehicle but her grandmother says police rushed her into cooler temperatures when they found her in the car.

The child is now safely at home. Her grandmother spent the rest of the day giving a statement to police.

The search continues for the suspect and the grandmother has a message for him:

"My 1 year old granddaughter was in the car and she couldn't say anything to you - you idiot! Don't you ever do anything stupid like that again, I hope when they catch you they make you regret what you did," she said.

The suspect is described as a white male in his 40s, about 5'8" tall with a thin build. He was last seen wearing a white t-shirt with with jean shorts and a blue or black baseball cap.

Anyone with information is urged to contact Hamilton Township Police at 609-581-4000.

Meanwhile no word if any charges will be filed against the grandmother for leaving the child in the car.