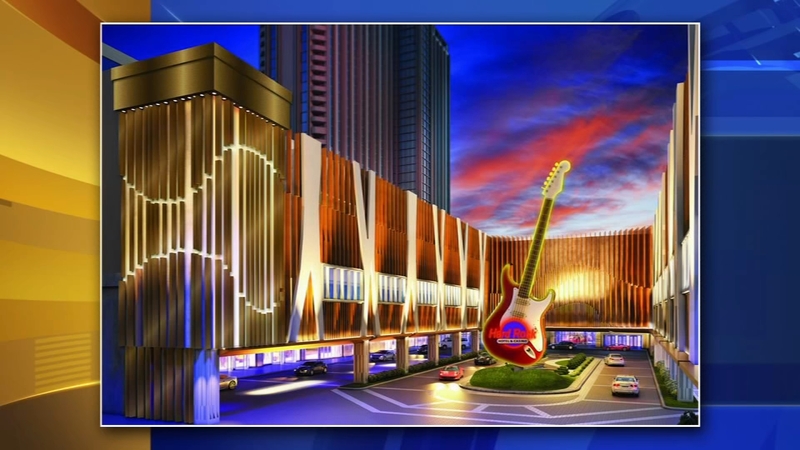 The former Trump Taj Mahal casino is being rebranded as a Hard Rock property. Guests will drive past a massive electric guitar at its entrance, and will even be given their own electric guitars to play in their hotel rooms.

"This is an entertainment facility, not just a casino," Allen said. "It's not about, 'Come in, hit a buffet, play $50 on slot machines and then go home.' That's not what we're about."

The casino announced it will put 60 concerts on sale Friday, and committed to presenting 300 nights of live music in its first year.

It is one of two shuttered Atlantic City casinos due to reopen this summer, along with the former Revel casino, newly named the Ocean Resort Casino.

Together, the resorts are intended to restore some of the business and luster Atlantic City lost since 2014, when five of its 12 casinos went out of business, even as some worry that expanding a market that has regained stability as a smaller entity could lead to the same problems that forced the business contraction.

Among the musical acts that Allen said will play at the casino were Third Eye Blind, Florida Georgia Line, Rascal Flatts, Stone Temple Pilots and Counting Crows, along with Chris Young, Frankie Valli, Toby Keith, Steely Dan and Kid Rock. The day after it opens, Bruce Springsteen drummer Max Weinberg will perform in the Hard Rock Cafe associated with the property.

The company, owned by the Seminole Indian tribe of Florida, is pumping $500 million into the resort.

It will display part of the world's largest collection of music memorabilia, including outfits worn by Whitney Houston and Mariah Carey, and an autographed guitar from Jon Bon Jovi.

Hard Rock is staking its future in Atlantic City on the bones of a building built by President Donald Trump, who was a real estate developer and casino owner in 1990.

Fellow billionaire Carl Icahn bought the casino out of bankruptcy in 2016. He shut it down months later, after failing to reach a contract with the city's largest casino workers' union, putting nearly 3,000 people out of work.

Hard Rock bought it from Icahn in March 2017 for $50 million, and planned to invest 10 times that amount on a complete remake. First on the agenda was dismantling the ubiquitous domes and minarets of the Indian-themed casino that Trump loved.