Pedestrian struck and killed on Route 38 in Cherry Hill, N.J. 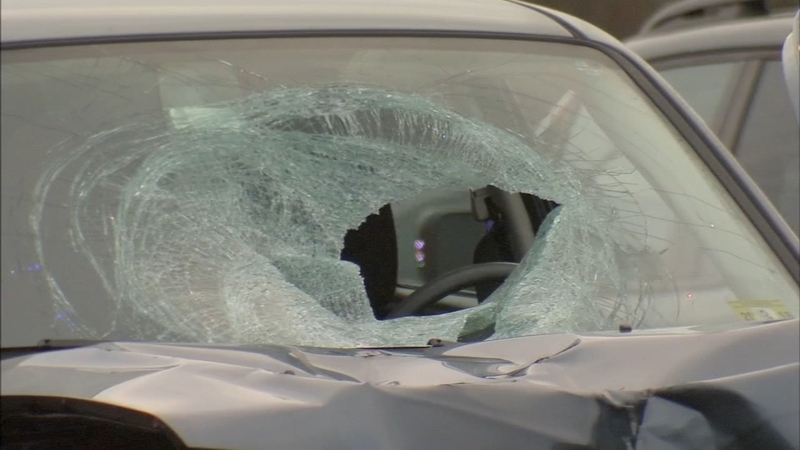 CHERRY HILL, N.J. (WPVI) -- A pedestrian is dead after being struck by several vehicles on a well-traveled highway in Cherry Hill, New Jersey.

The incident happened around 6 a.m. Thursday in the eastbound lanes of Route 38 near Longwood Avenue.

Accident on Rt 38 by Longwood in Cherry Hill tying up traffic. Use alternate routes. pic.twitter.com/v6gUI4q5Op

Police say the victim, a man, was crossing the busy highway in the crosswalk, but the light was green for oncoming traffic.

He was initially struck in the westbound lanes. His body was thrown to the eastbound side and hit by two additional vehicles.

A heavily damaged windshield on one of the vehicles bore signs of the impact.

A serious crash involving a pedestrian is jamming traffic on a busy highway in Cherry Hill, New Jersey.

All three drivers remained on the scene.

As investigators gathered evidence, photographing the road and taking measurements, one lane of traffic got by on the westbound side.

The eastbound lanes were completely blocked for more than five hours, with vehicles forced to use alternate routes.