Suspect killed after standoff at Panera restaurant in Princeton identified 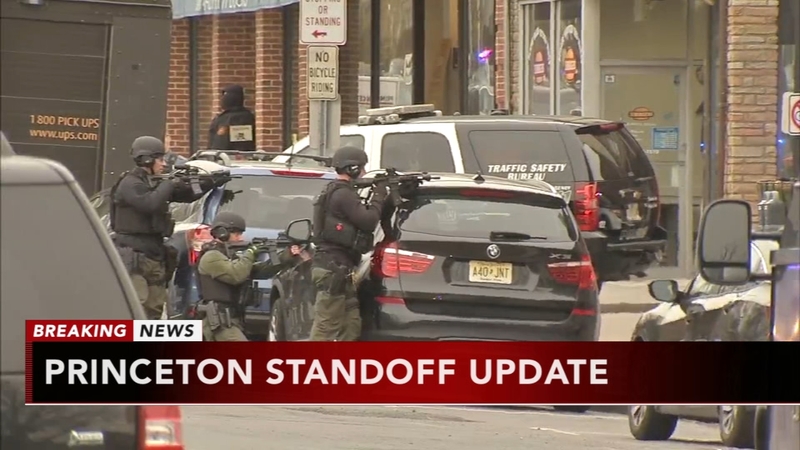 Standoff with armed man near Princeton U. apparently over

PRINCETON, N.J. (WPVI) -- Authorities in New Jersey have identified the armed man who was fatally shot by police after a five-hour standoff with officers at a restaurant in Princeton, New Jersey.

The suspect is identified as Scott Mielentz, 56, who formerly lived in Newtown, Pa., and most recently lived in Lawrenceville, N.J.

The attorney general's office says no one else was injured during the confrontation Tuesday at the Panera Bread restaurant across from Princeton University's campus.

It was not clear what sparked the standoff that began around 10 a.m.

Officials say police shot Mielentz shortly before 3 p.m. after negotiations to get him to surrender were unsuccessful.

Authorities shut down Princeton's downtown area, and two campus buildings were evacuated as a precaution though the university is on spring break.

Armed officers were staged outside the restaurant with their weapons drawn during the negotiations.