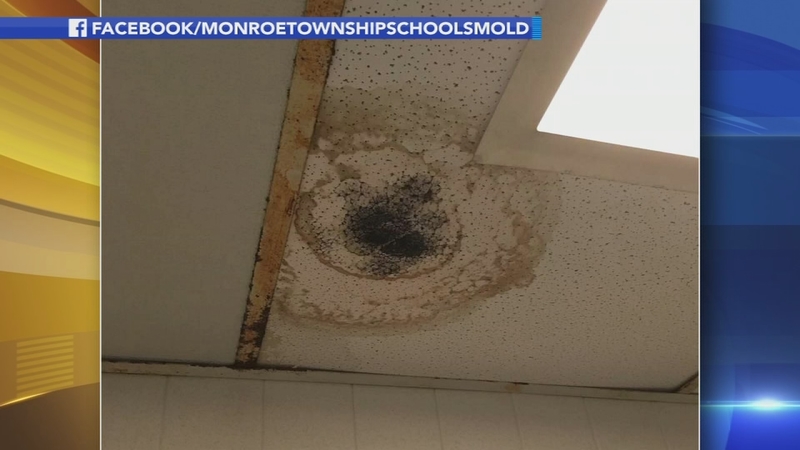 Now, concerns are being raised about Williamstown Middle School.

Some parents were removing their children from the school early Friday.

"They're dropping tiles in the school that are covered in mold. And they're doing this while the children are in school," said Candy Smith.

The parents suspect mold has infested the building the same way it has Holly Glen, which was shut down by school board officials on Thursday night after testing came back positive.

Board votes to shut down NJ school with mold. Jeannette Reyes reports during Action News at Noon on October 6, 2017.

"The principal just admitted that there were tiles being removed while children were attending school," Keublier said.

Photos purportedly from inside the school showed mold forming on ceiling tiles.

Keublier said her daughter is sick at school, but nowhere else.

"My child has asthma, she has allergy medication. Yet any other time when she's home, she doesn't seem to need that," she said.

"I'm perfectly fine at home and I come here and my throat is itchy and I'm coughing," her daughter, Kayla, said.

Board votes to shut down NJ school with mold. Dann Cuellar reports during Action News at 11 p.m. on October 5, 2017.

"She spent the first week back to school going to the doctors with, 'I can't breathe.' Her eyes were so bloodshot I thought she was going to start bleeding out of her eyes," said Smith.

Over at Holly Glenn, we spoke with Lakisha Thompson. She too says her daughter has become sick.

"They also put on the paper that she's suffering from mold and mildew," she said.

We reached out to the superintendent's office on Friday for comment but have not heard back.