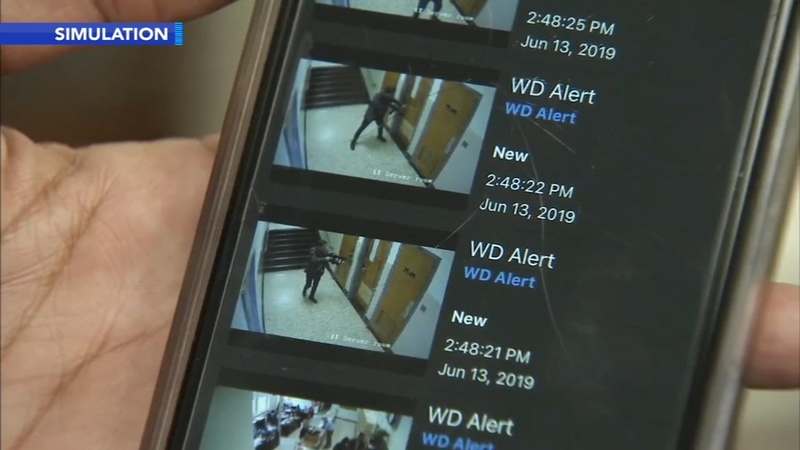 For six months, the drills has been playing out every single week at Rancocas Valley Regional High School in Mount Holly, N.J.: a gunman gaining entrance to the school and walking the halls.

"Superintendents wake up every single day and think about safety and security for the students," said Dr. Chris Heilig, Superintendent of Rancocas Valley School District.

The gun isn't real, and the so-called "gunman" is the CEO of a new company called ZeroEyes.

"I said 'if you can detect a face, a car, all these different objects through cameras, we can detect guns and send alerts to decrease response times for first responders and mitigate the threat from active shooters'," said ZeroEyes CEO Mike Lahiff.

ZeroEyes was founded by several former U.S. Navy SEALs and has been testing its new system at the high school since December.

Rancocas Valley High School is the first school to use this technology, and has been using it for free while ZeroEyes conducted weekly tests on Sundays, and worked out some of the bugs.

"In the very beginning, when you have about 2,000 students funneling through hallways, it's going to throw the system a little haywire at first. And we learned how to really tune that out and apply new filters so we don't have false alarms," said Lahiff.

The ZeroEyes technology was installed on about 25 cameras that were already at the school.

If a weapon is detected, an alert is sent to the cell phones of school administrators and first responders, notifying them that a weapon is on the premises, what type of weapon it is and where it was detected.

"It is almost impossible for us to monitor cameras constantly," explained school resource officer Deborah Murillo. "It's actually very helpful because our first responders would like to know exactly where the threat is inside the building."

Company officials plan to move into more school districts in several other states in the coming months.

ZeroEyes costs about $15,000 a year to operate in a school like Rancocas Valley.