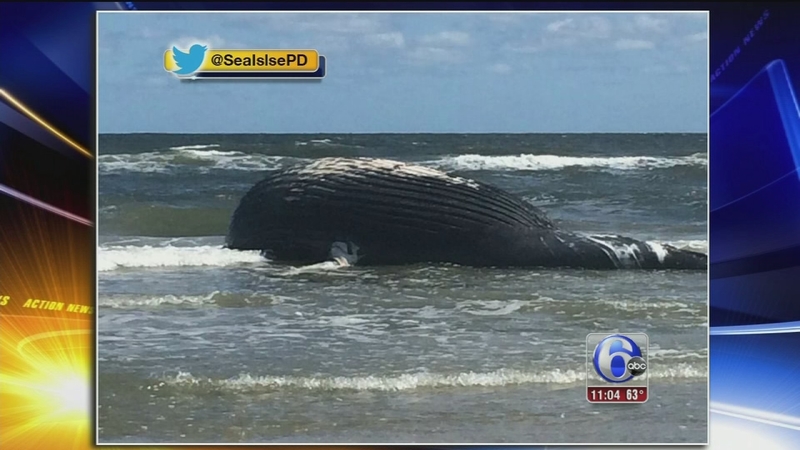 It happened near 20th Street on Friday.

Officials with the Marine Mammal Stranding Center say the young, male humpback whale was dead when it washed up.

Bob Schoelkopf of the MMSC said the whale is approximately 33 feet long and weighs about 20 tons.

The cause of death remains unknown, Schoelkopf said. There were no apparent injuries, though the animal appeared to be somewhat emaciated.

The whale will likely remain on the beach through Friday night, and will be moved on Saturday morning with the help of the city's public works department.