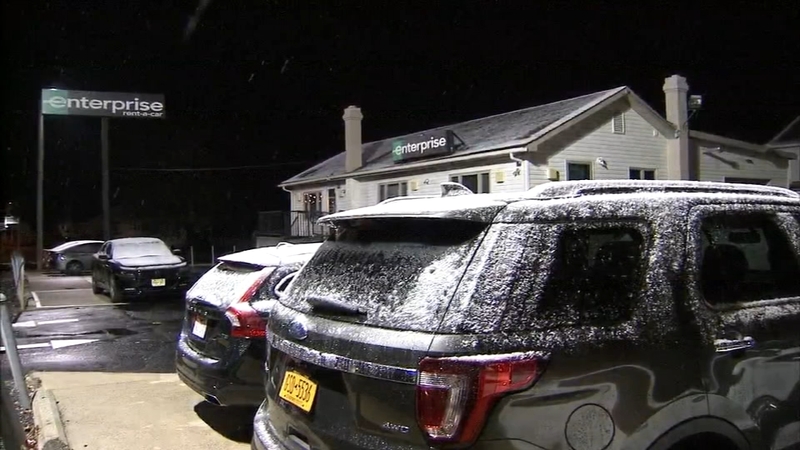 South Jersey bracing for the snow

WILDWOOD, N.J. (WPVI) -- The plow trucks are lined up and ready as the snow arrives throughout South Jersey.

Parts of South Jersey saw the first flakes late Thursday night and early Friday, but the bulk of the storm has been slow to start.

Down at the shore at Somers Point the story a little different. They got a nice dusting, which a light blanket of snow covering parked cars.

The boardwalk in Wildwood isn't covered in sand, but a pristine layer of undisturbed snow is making things a little more festive, according to those we found out and about.

Gabriella Montalvo of Wildwood said, "I'm enjoying it and my 3-year-old is excited about it."

"It's actually making it a lot better. It's really nice out here. It feels good," added Antonio Richardson Jones of Wildwood.

On Friday, public works employees in several New Jersey counties spent the day preparing for the snowstorm by inspecting vehicles and loading up salt trucks. Folks with the South Jersey Transportation Authority brined the Atlantic City Expressway in anticipation of several inches of wet snow.

"Our trucks will be out there salting and plowing for the duration of the storm," said Greg Brandley, spokesman for the South Jersey Transportation Authority. "We're going to keep the (Atlantic City Expressway) as clean as possible."

Officials say if you are going to be on the roads Saturday, they ask drivers to give workers plenty of room if you see salt trucks or plows, keep your distance.