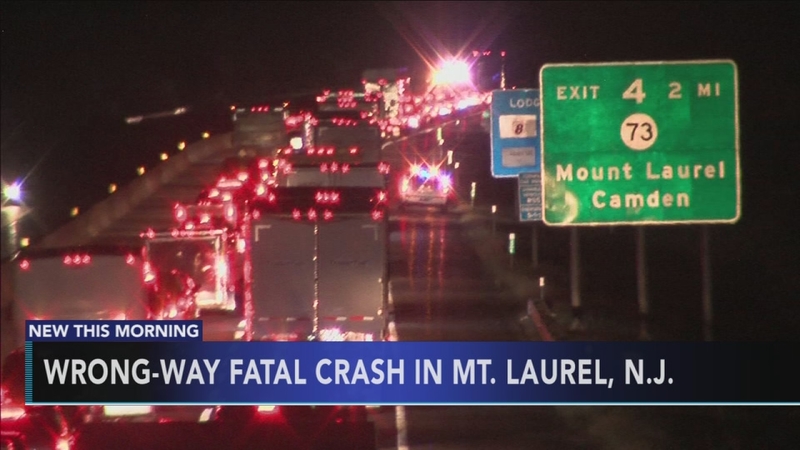 MT. LAUREL, N.J. -- Authorities say a Florida man driving the wrong way on the New Jersey Turnpike was killed when his SUV crashed head-on into another vehicle.

State police say the crash happened around 11:30 p.m. Saturday in the Mount Laurel area. They say 21-year-old Michael Jones, of Port Richey, was traveling southbound in the northbound lanes when the accident occurred.

It's not yet known why Jones was traveling in the wrong direction or how far he had traveled that way before the crash.

Authorities say a 42-year-old man and a 32-year-old woman, both Jersey City residents, were in the other SUV. They were being treated for injuries that are not considered life-threatening, but further details haven't been released.