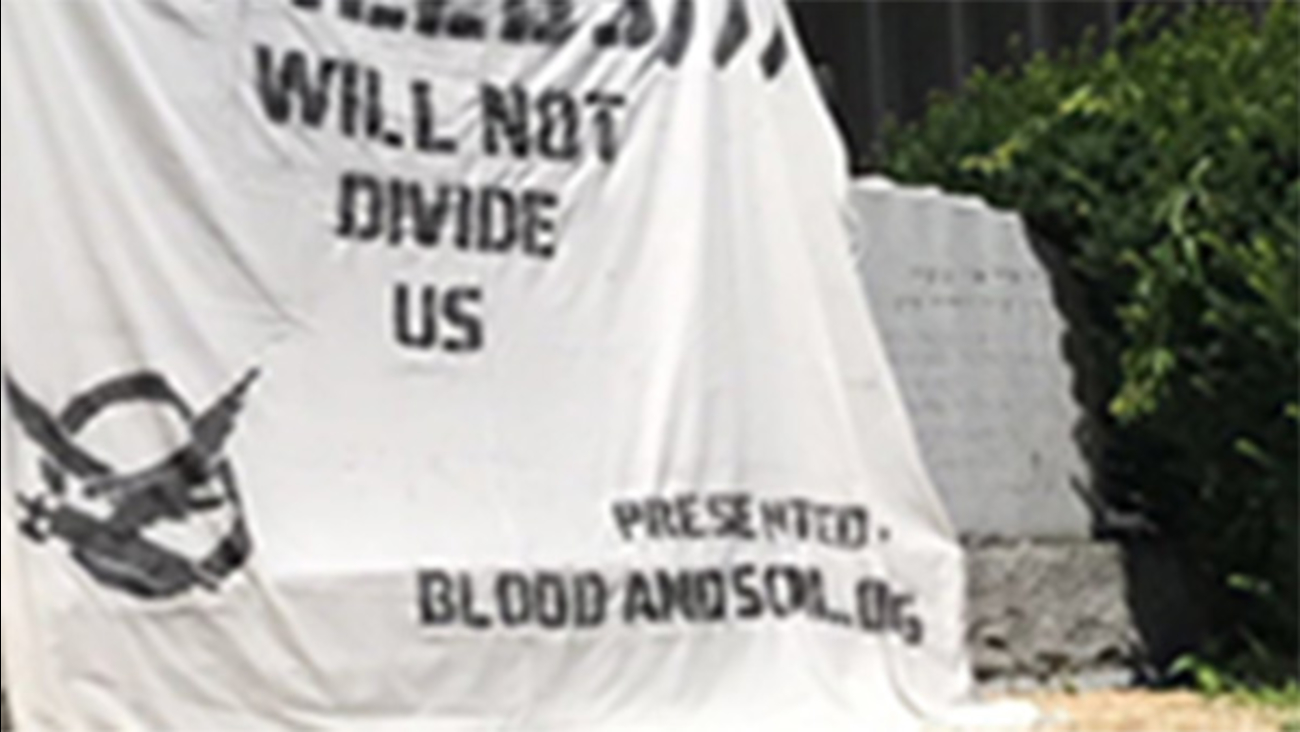 LAKEWOOD, N.J. -- Vandals posted a banner containing an anti-Jewish slur on a Holocaust memorial in front of a New Jersey shore town synagogue where several residents were recently accused of misrepresenting their incomes to improperly obtain public welfare benefits.

Photos posted online Sunday by the state chapter of the Anti-Defamation League show the covering on the memorial in Lakewood. A message on the covering included an ethnic slur for Jewish people and stated they "will not divide us," along with the name of a group supposedly responsible for the covering.

State authorities announced Sunday they were offering a $10,000 reward for information leading to conviction of those responsible.

Seven married couples who live in Lakewood, including a rabbi and his wife, now face charges they misrepresented their incomes to get a combined $2 million in public welfare benefits they weren't entitled to.

Three couples were arrested late Tuesday in Lakewood after four couples, including Rabbi Zalmen Sorotzkin, of Congregation Lutzk, and his wife, Tzipporah, were arrested Monday.

The couples eventually were released without bail after making initial court appearances. Prosecutors say they failed to disclose income from numerous sources on applications for Medicaid, housing, Social Security and food assistance benefits.

The state and federal investigation centers on Lakewood, which is home to a large and growing ultra-Orthodox Jewish community.

Lakewood is the state's fastest growing town and has more than 100 private religious schools. The population increase has intensified concern over how public money is spent and sparked complaints from neighboring communities that say they face overly aggressive solicitation from real estate agents looking to find homes for the Jewish community.

In another incident, anti-Semitic fliers referencing the recent arrests were placed on the windshields of dozens of cars in Lakewood. It wasn't clear if the same people are responsible for both acts.