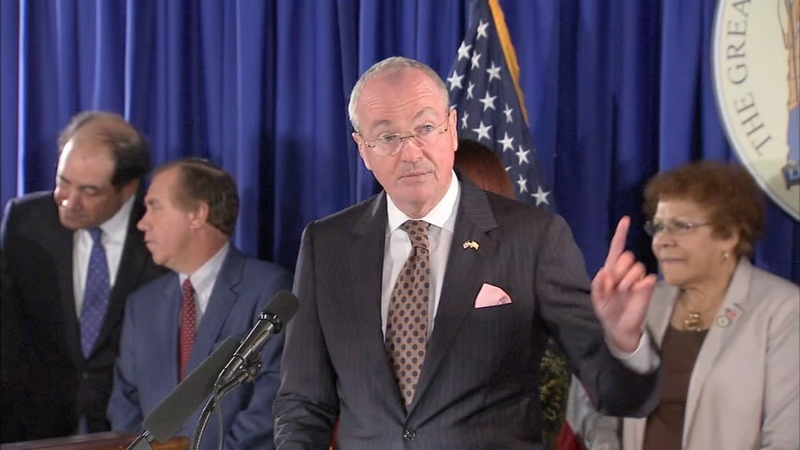 TRENTON, New Jersey -- Calling it an urgent health hazard, New Jersey Gov. Phil Murphy implored Thursday residents to stop vaping and signed an order creating a task force that would address the scare over severe lung illness and deaths tied to electronic cigarettes across the country.

"There is no safe vape," Murphy, a Democrat, said. "The only safe alternative to smoking is not smoking period full stop."

Murphy signed the order privately but announced it alongside officials including the state Senate president Steve Sweeney and Assembly Speaker Craig Coughlin, who are also Democrats.

The order comes a day after Republican President Donald Trump said the federal government would ban thousands of flavors used in e-cigarettes.

The Centers for Disease Control and Prevention and state officials have been investigating an outbreak that materialized in the Midwest in July.

The illnesses resemble an inhalation injury, according to doctors. Six deaths have been reported, all adults and at least some with pre-existing lung problems.

Murphy said the task force will consist of officials from across state government, and it will have until Oct. 3 to come up with a list of recommendations.

Sweeney has called for phasing in a complete ban on vaping. Murphy didn't rule it out.

To business owners who might run vape shops in the state, the first-term governor said the potential health risk outweighed commercial considerations.

Attorney General Gurbir Grewal said he's demanding information from 15 e-cigarette companies to make sure they're in compliance with state law, particularly about how they market their products.