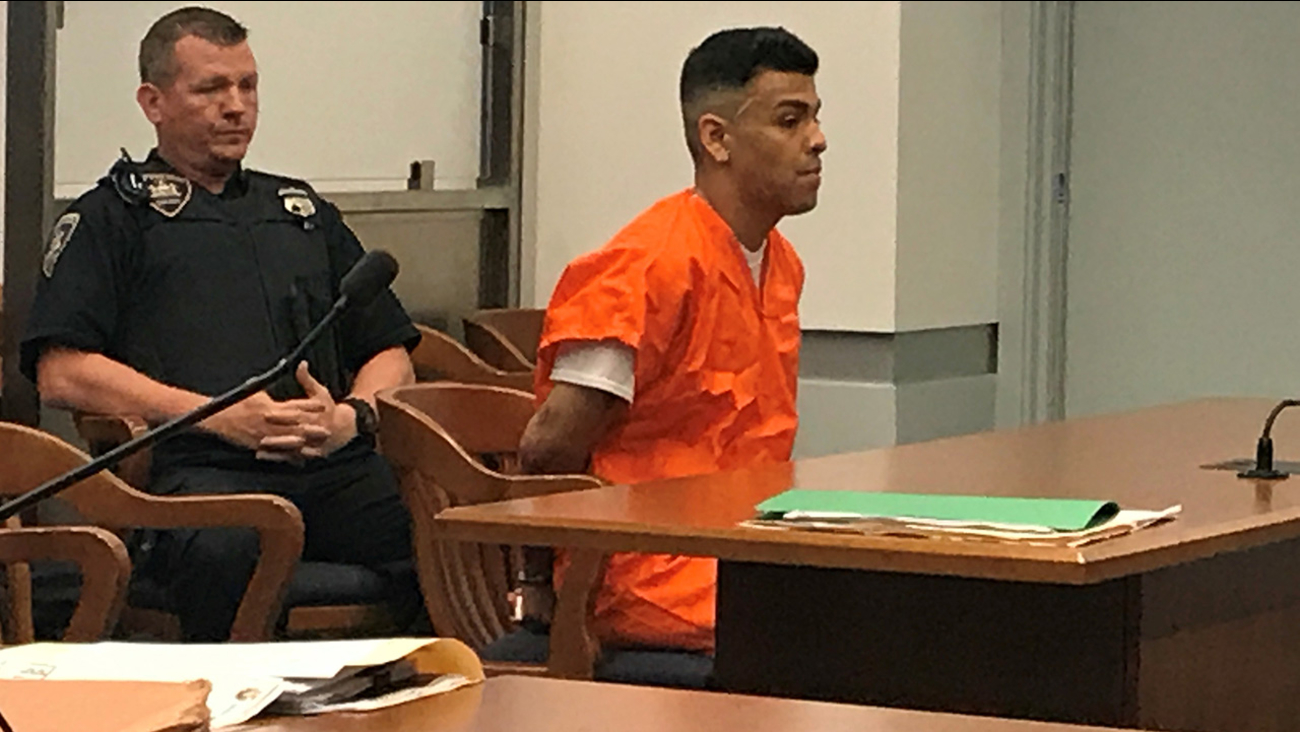 NEW YORK -- A former New Jersey police officer convicted of drunken driving and causing a wrong-way crash that killed a fellow officer and another friend was sentenced Wednesday to the maximum - up to 25 years in prison.

A judge on Staten Island gave Pedro Abad 8 1/3 to 25 years in prison after the former Linden officer had asked for the minimum of one year.

"You have no idea of the magnitude of what you did," Judge Mario Mattei told Abad, according to the Staten Island Advance. "You weren't an accident waiting to happen. You were a time bomb waiting to explode."

Prosecutors say the former Linden police officer was drunk when he crashed into a tractor-trailer after a night at a strip club with friends in 2015.

This Instagram photo shows the driver, Pedro Abad as a member of the honor guard for the funeral of slain Philadelphia police officer Robert Wilson III.

He was driving the wrong way on the West Shore Expressway when the crash occurred. Tests later showed the officer's blood-alcohol content was 0.24 percent; the legal limit for driving in New York is 0.08 percent.

Hours before the crash, Abad had posted a photo on his Instagram page of three shot glasses filled with what he identified as "Jack Daniels Fire on the house."

Abad, 29, said in court his friends never should have gotten into the car with him, and he apologized.

Rodriguez's father would not refer to Abad by name during the trial, but did so after sentencing.

"To Pedro: You took the most precious thing from a parent - you took my precious little boy from me," he said.

Abad's attorney had argued that his client's blood sample wasn't obtained properly and he disputed that the accident was caused by intoxication. Attorney Mario Gallucci told reporters outside court that Abad was "fine" with the sentencing and thought it must be "God's will."

District Attorney Michael McMahon said the sentence "ensures Mr. Abad is held accountable for the lives he destroyed when he decided to get behind the wheel and drive drunk."