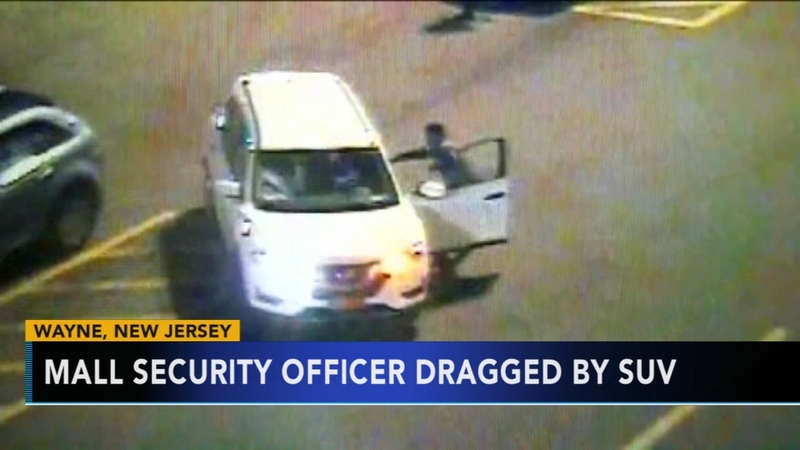 WAYNE, N.J. (WPVI) -- Dramatic video shows a mall security guard being dragged by an SUV as a group of accused shoplifters flees the scene.

It happened Thursday at Willowbrook Mall in Wayne, N.J.

Police say the guard tried to stop three women who had been spotted stealing from a Lord and Taylor store.

The guard approached the trio in the parking lot.

Police say that's when the driver stepped on the gas and dragged the guard, causing him to hit his head on the pavement.

The women sped away, leaving that guard on the ground.

The officer suffered a concussion and some cuts.