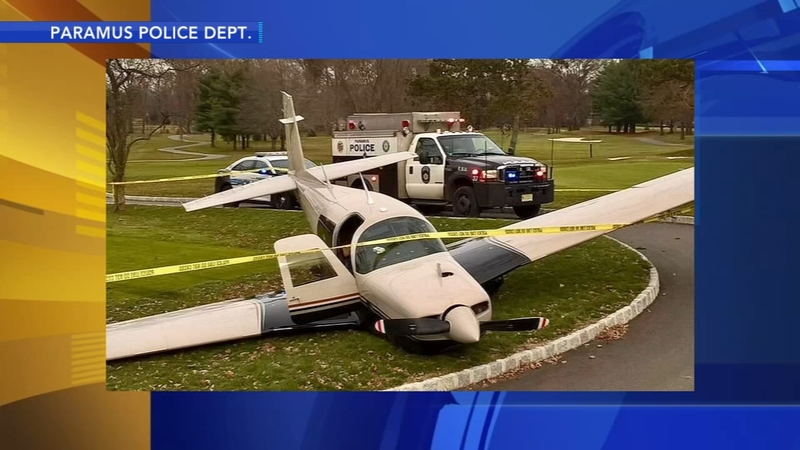 PARAMUS, N.J. -- Authorities say a small plane made an emergency landing on a golf course in northern New Jersey where some people were playing, but no serious injuries were reported.

Three adults and a child were aboard the Mooney M20 single-engine plane when it landed around 12:15 p.m. Sunday on the fairway of the ninth hole of the Paramus Golf Course. Police say two of the adults and the child suffered minor injuries, but further details were not disclosed.

Authorities say there were some golfers on the course when the landing occurred, but no one on the ground was injured.

Officials say the pilot reported engine problems shortly after taking off from the Lincoln Park Airport. The plane was headed to Poughkeepsie, New York.

The Federal Aviation Administration will investigate the incident.