NJ police officer injured in crash while responding to accident 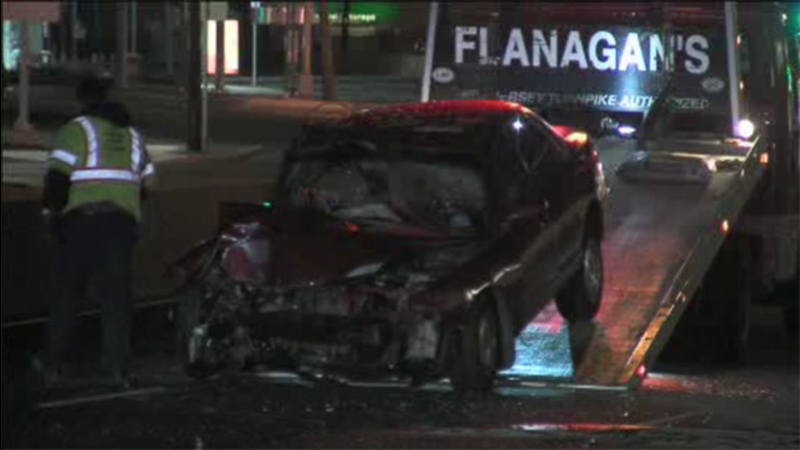 VIDEO: NJ officer injured in crash while responding to another crash

PENNSAUKEN, N.J. (WPVI) -- A Pennsauken police officer responding to one crash was involved in another one while on the way to the scene.

The first crash happened around 3:30 a.m. Saturday when a woman was traveling northbound on Route 130 near Marlton Pike.

Police say she lost control of her minivan and hit a utility pole, causing it to snap, which brought down wires.

Firefighters had to rescue the woman from her vehicle. She was taken to Cooper University Hospital with nonlife-threatening injuries.

While responding to this crash, a police officer was involved in a collision with another driver of a Lexus in the southbound lanes.

The officer was also taken to Cooper University Hospital with minor injuries.