NEW YORK -- A man who was mocked online after he was recorded shaving at his seat on a commuter train headed out of New York City said he was just trying to clean up after days spent in a homeless shelter. 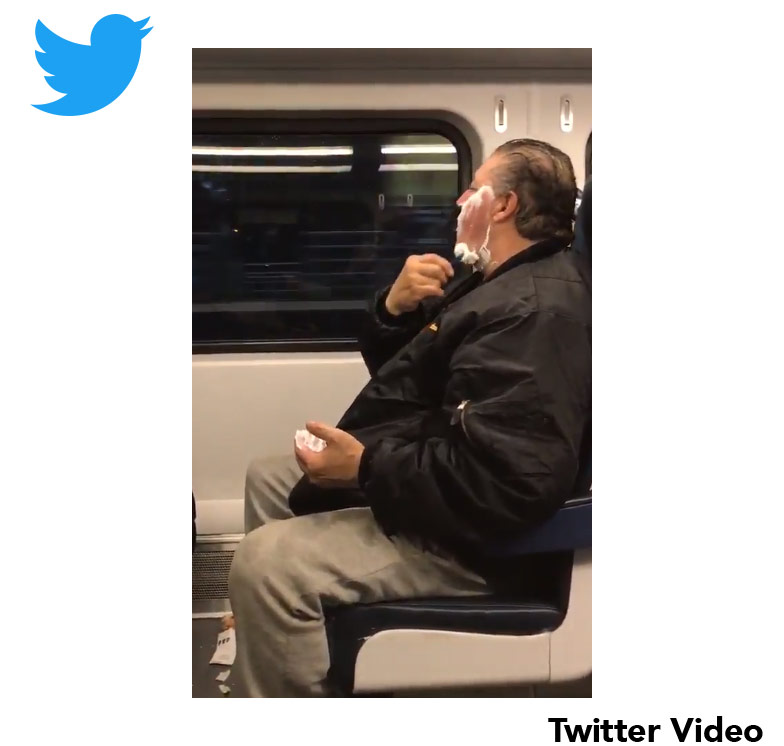