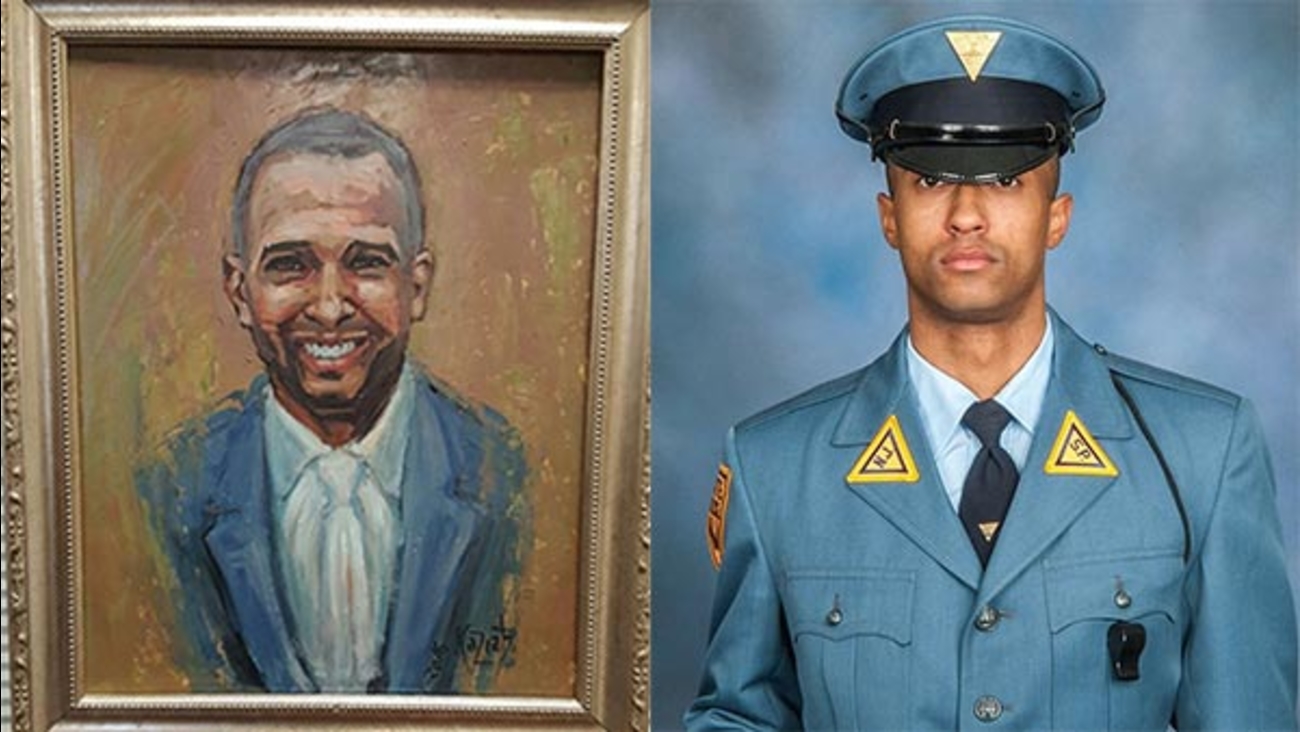 The say the portrait came with "a message scrawled on a piece of FedEx paper attached to the package."

This oil portrait is a gift for Trooper Frankie J. Williams' family. Painted with love and respect. 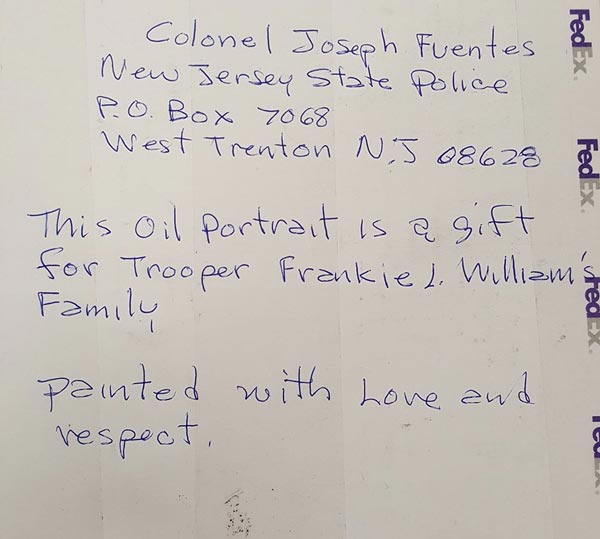 "The artist left no signature and no request. For those who've lost it, may this restore your faith in humanity," New Jersey State Police wrote on their Facebook page Wednesday.

The 31-year-old rookie trooper was responding to a report of an erratic driver in Millville on Monday, December 5. That driver crossed the median and hit Williams' cruiser head-on.

He was flown to Cooper University Hospital in Camden, where he was pronounced dead.

The driver, Lloyd Rudley, 61, of Elmer, N.J. was pronounced dead at the scene.

Trooper Williams of Egg Harbor Township was a member of the 156th State Police Class, which graduated January 29, 2016. He was assigned to Port Norris Station.

"He was everything that a mother could ever have. My recipe for my son was love," Victoria Williams, Trooper Williams' mother, told Action News.

Last August, Williams responded to a parking lot in Pilesgrove Township after a person reported a Toy Poodle was inside a vehicle with one window open about an inch. The trooper saw the dog was lying on its side inside a crate and in obvious distress from heat stroke, state police said.

After breaking the window with his baton, the trooper gave the dog water and it was taken to a veterinary hospital in critical condition. The dog eventually became stable and authorities charged its owner, a Pennsylvania woman, with animal abuse.

Now, thanks to one artist, the fallen state trooper's legacy grows even more.

"It's easy to be cynical these days. It's easy to only see the bad. But there is good. It's all around us. Sometimes we just need a reminder," the New Jersey State Police wrote.