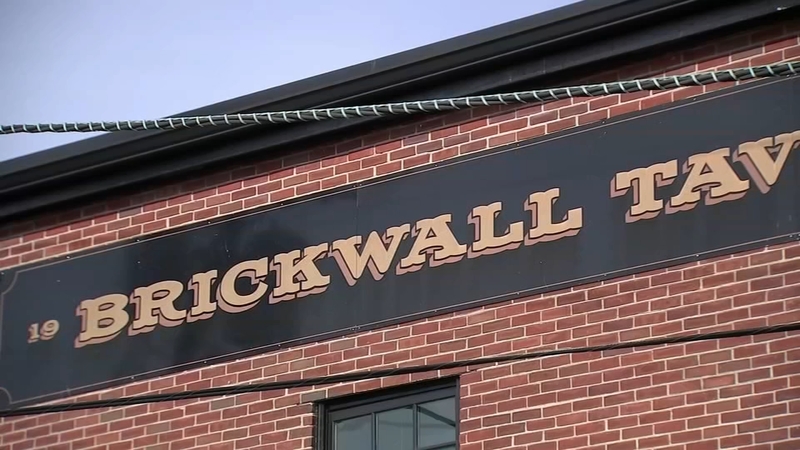 BURLINGTON, New Jersey (WPVI) -- The Williams family is still grieving the loss of a 27-year-old who was killed in a 2016 drunk-driving crash.

Authorities say Arianna Williams was a passenger in a car driven by Justin Rodriguez, a former Burlington Township police officer.

"Nothing is going to bring her back," said Chavella Williams, Ariana's mother.

"When the time came for her funeral, we had to find a church that was large enough just to hold that many people," said Ariana's father, Ronald Williams.

Court documents say Rodriguez was driving while intoxicated when he caused the single-car crash on West Front Street in Florence, New Jersey.

The two were at the Brickwall Tavern in Burlington, New Jersey hours before the crash. Rodriguez was allegedly visibly intoxicated but workers kept serving him drinks.

Now, the tavern has reached a settlement with the New Jersey Attorney General's Office to suspend its liquor license for 30 days and give it up within two years. They must also pay a $300,000 fine.

Family members say no penalty is large enough to take away the hurt. Ariana and her twin sister Tatiana were both bartenders.

"There are things you have to do. There are procedures you have to follow and as a location and as a business, they have to take responsibility," said Tatiana Williams.

Community members say the case is a tragedy for everyone involved.

"Beyond shocked. I can't believe this has happened. I am so sorry for the loss of that family and I hope they find some peace, but I also feel so bad for the business owner and that business who I am sure initially wanted to bring good to the community," said Stacye Waller with Serenity Cafe.
Rodriguez, who was driving well above the legal limit for intoxication, is serving a four-year prison sentence.

At his hearing in 2017, he addressed the court.

The Williams family says the apology is not enough.

"As you get older, you can become friends with your children and she was a good friend to me. She is missed and we are still grieving about the loss," said Chavella Williams.

Action News reached out to the owners of Brickwall Tavern and have not heard back.

State law prohibits licensed establishments from selling alcoholic beverages to any patrons "actually or apparently" intoxicated. According to experts, the vast majority of drinkers are "apparently intoxicated" at a Blood Alcohol Concentration (BAC) of .15 percent. In New Jersey, a BAC of .08 percent is the legal limit for driving.