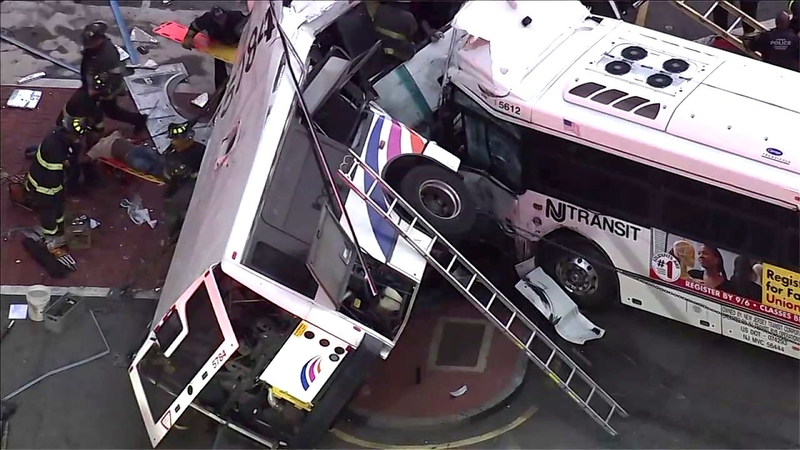 NEWARK, New Jersey -- New video shows a deadly New Jersey Transit bus crash in Newark, New Jersey that claimed claimed the lives of a driver and a passenger who was on her way to work.

The incident happened on August 19, when one bus T-boned the other, likely at high speed, around 6 a.m. at North Broad Street and Raymond Boulevard.

One of the vehicles was broken nearly in half, and bus driver Joseph Barthelus was pronounced dead at the scene. His Route 59 bus was empty, but he crashed into a Route 13 bus with 17 passengers on board. One of those passengers, 49-year-old Jesy Garcia, of Newark, was rushed to the hospital but died several hours later. The grandmother of three was on her way to her job at the time.

"She was a hard worker, got up every day, six days a week to work," family friend Jasmina Bosnjakovic said. "She got up at 5 a.m. every single day to go make an honest living and to come home and live the simple life."