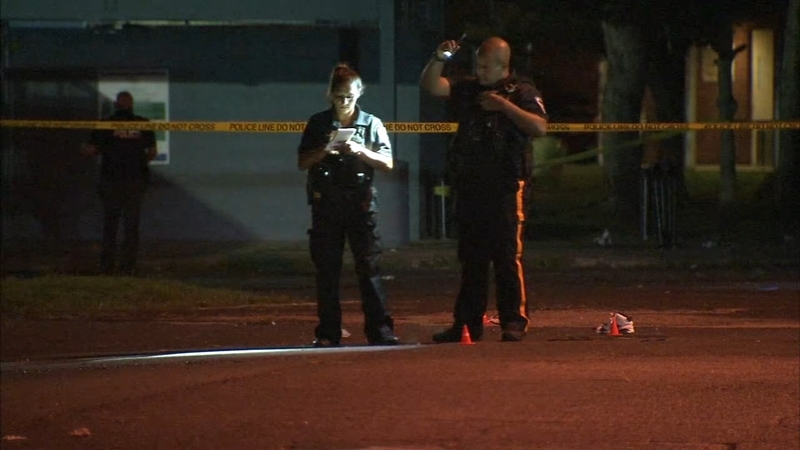 TRENTON, N.J. (WPVI) -- Trenton Police are investigating an incident that led to 4 people being shot and a 7-year-old boy struck by a motorbike outside of a community back-to-school event Saturday night.

The incident occurred around 9 p.m. Saturday in the 300 block of Union streets.

Hendricks said he was present when the Trenton community back to school drive ended with gunfire.

"Some haters come along and they just ruined everything," he said. "That's what it was about, giving kids stuff back for school."

Hendrix says initially the event went off without a hitch.

"The parents and their children were getting things. Book bags, books...anything they needed for school," he said.

Hendrix says when the event wrapped up gunfire broke out on Union Street, just outside of the ball field.

Police say shots were fired among people who were arguing while riding on ATVs.
One man and two women were found shot at that location. A second male was found shot nearby.

Police have not said if they were all on ATVs.