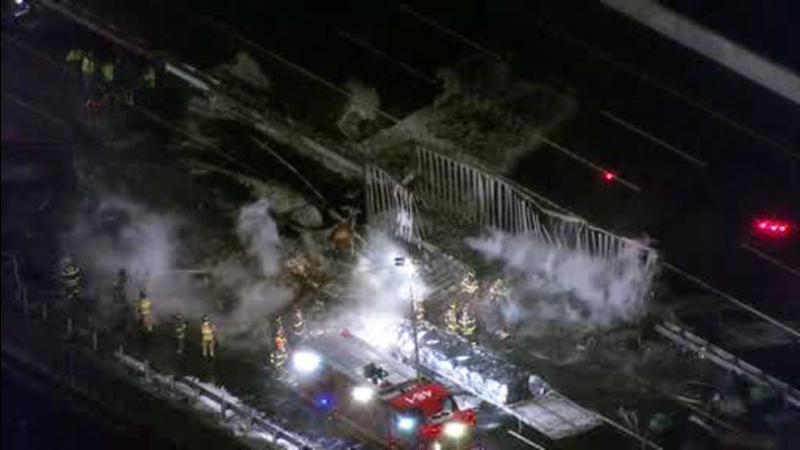 CRANBURY TWP., N.J. -- All northbound lanes of the New Jersey Turnpike are open after a crash killed one person.

Some of the lanes had been closed for more than 10 hours.

The northbound truck lanes between Interchanges 6 and 8 had been closed for the investigation.

They reopened sometime after 7 a.m. Wednesday.

State police have not released the name of the person killed in the crash.

The accident resulted in a backup of traffic for miles.